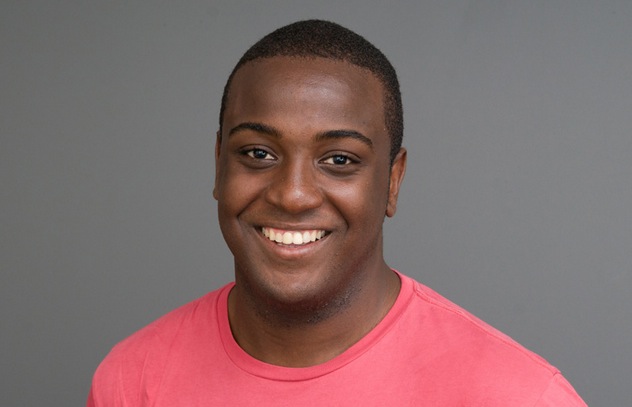 Students at Dartmouth College launched a petition drive demanding the newly-elected student body president resign after they say he was disrespectful to the plight of American blacks and other marginalized groups.

The twist: The president is a gay black man.

The controversy began last weekend, when a group of demonstrators paraded through Hanover, N.H. on Friday and Saturday in solidarity with those protesting police brutality in Baltimore. At one point during the Saturday protests, the demonstrators assembled outside the sorority Kappa Delta Epsilon, which was hosting an invite-only Kentucky Derby party. The students targeted the party as a bastion of racism, exclusion and oppression.

One of those in attendance at the party was Frank Cunningham, who last month was elected as the college’s Student Assembly president. Cunningham was allegedly insulted by one of the protesters, who supposedly called him a derogatory name along the lines of “Uncle Tom.” Following the attack, Cunningham engaged in a spat with the protester, which was captured on video. Cunningham is the man in white on the left.

Not much of the exchange can be made out, other than Cunningham at one point shouting the protesters’ chant “I Can’t Breathe” back at them. Shortly afterwards, bystanders separate Cunningham from the protesters without any further escalation.

Nonetheless, the protesters have launched a petition effort demanding that Cunningham immediately resign for intimidating a smaller woman and for “appropriating” the words “I can’t breathe.”

“[Cunningham] taunts, mocks, screams, and forces his way into the face of a female Dartmouth student protestor. The taunting of his peers heightened during a chant memorializing the last words of Eric Garner: ‘I CAN’T BREATHE!’” the petition says. “Despite ones’ views of the protesters or their message, surely such embarrassing behavior by the president-elect of Student Assembly is uncouth, unjustified, and counter to the values of mutual respect encouraged and protected by Dartmouth’s mission statement.”

RELATED: Top 10 Reasons Not To Vote For Rand Paul

One signatory of the petition, Dartmouth student Joseph Ramsawak, succinctly says “We ain’t here for fuckboys and shoe-shining coonery,” apparently a more vulgar way of calling Cunningham an “Uncle Tom” for serving as student body president at a mostly white, wealthy school like Dartmouth.

Another signatory, Sadia Hassan, says Cunningham showed an “incredible lack of restraint” through his actions.

“The incredible lack of restraint Frank displays in the face of a woman who is clearly much smaller than him is appalling,” she writes. “Using your body to intimidate and harass a woman is wrong any way you slice it. He is clearly not being threatened in this video and to insinuate that the woman must have incited this violent act is nothing short of victim blaming. It is inexcusable plain and simple.”

Cunningham himself made an apology for his actions in an email sent to the student body.

“As a minority queer student myself, I would never want my actions to make an individual feel silenced on this campus,” he said. “It hurts that it’s been perceived that I am not a supporter of the #Blacklivesmatter movement, but I sincerely hope that my imminent plans and initiatives aimed at addressing these nationwide issues and issues at home are indicative of my commitment. Overall, I’m a human being, I made a mistake, and I am deeply sorry. These last few days have been very emotional for me, and I promise it won’t happen again.”

Nonetheless, the petition has picked up almost 400 signatures, a sizable amount for a campus with only 4,000 undergraduate students.