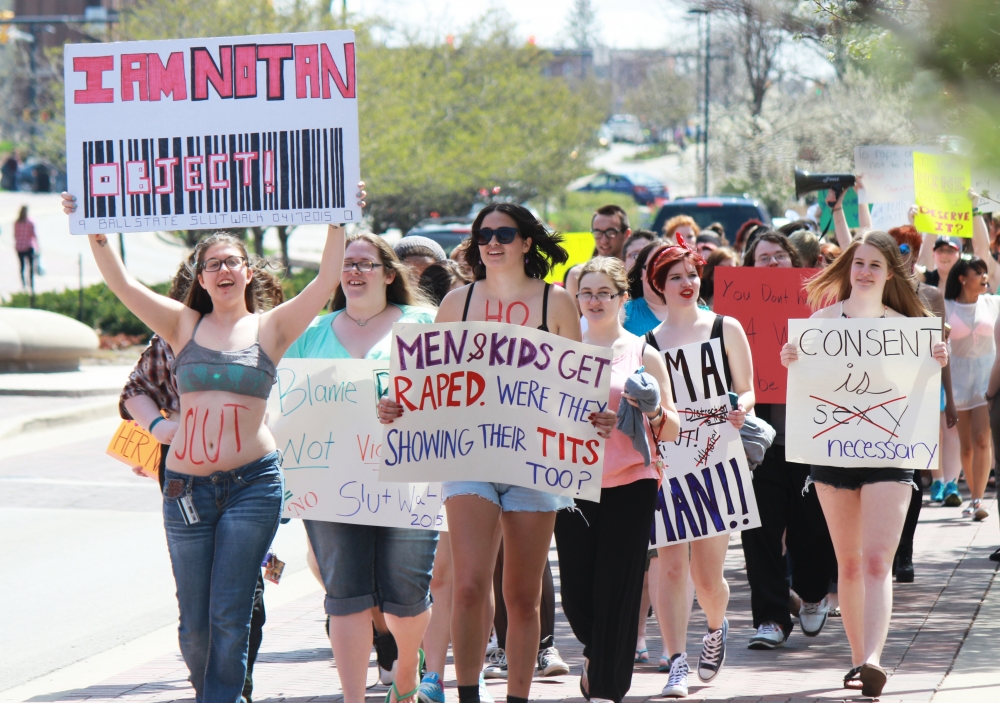 Feminism: “the belief that men and women should have equal rights and opportunities.”  By the Merriam-Webster definition I am a feminist.  When the feminist movement started it was about women having the same rights as men.  At this time women did not have rights; they couldn’t vote, own land, hold office, etc.  The first wave of feminism was all about supporting women’s rights to do these things, which I whole heartedly support.  However, Jane Addams and Susan B. Anthony are probably rolling in their graves right now seeing what you ladies are doing.

Let me start with walking around naked because you think dress codes oppress you.  First, let me point out that I don’t care what you look like, you could be a super model and I’d still be encouraging you to put on some dang clothes in public.

And no, the patriarchy isn’t what makes being naked inappropriate.  If a man walked around naked, that would be be inappropriate too; feminists would probably refer to him as a “sexual predator”.  It has nothing to do with women being seen as sexual objects; it has everything to do with the fact that we live in a civilized society.

If you want to be a successful women, I suggest you invest in some sensible clothing.  I get it, I hate pants too, but I also like being employed.  In my opinion, it is more empowering to look awesome in business casual and score a great job than to prance around half dressed complaining about “the man”.

Women are strong and capable, having a child does not diminish strength or intelligence, if anything it enhances it.

If you can’t raise a child, give the child to someone who can and wants to; that shows more strength than running from your problems.  That child could end up being president or finding the cure for cancer, don’t ruin that for America.

Another thing that feminists tend to do is shame women who choose to be homemakers.

Some girls dream about becoming CEOs, some dream about being fashion designers, and some want nothing more than to be a mom and a wife.  Shocking I know but, some women thoroughly enjoy cooking, cleaning, and caring for children.

Don’t shame a woman who wants to be a stay-at-home mom.  A dream is a dream and we should be encouraging women to do what they want; whether it’s run for President or change diapers.

Also, please stop shaming men!  Not all men are horrible rapists.  Here are some statistics showing that men actually get raped too (by women, gasp!)  Not all men are sexual animals, stop painting them as such.  That’s not fighting for equality, that’s fighting for men to be lesser so you can be greater

To end; fighting to become greater than someone else isn’t fighting for equality.  Women do not need to be the “superior gender” and neither do men.  Society will work best if we all work together and support each other’s passions.