But… who would build the roads?

Are any taxes voluntary? Certainly not the income tax. Although Senator Harry Reid believed it is. No, almost all tax schemes eventually involve some form of coercion. As Mao Zedong said, “Political power grows out of the barrel of a gun” and there’s nothing that gives a government more power than the laying and collection of taxes. But is there a way to collect taxes for public works without doing violence? 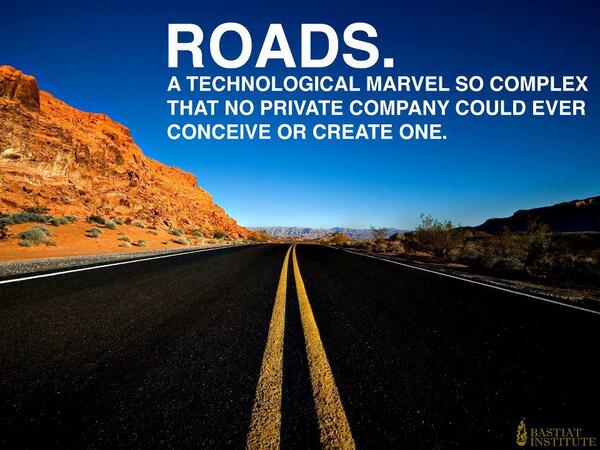 Every libertarian has heard the question:  If not for coercive taxation, how would society ever maintain infrastructure and provide services?  In other words, “Who would build the roads?”

Click through to read six methods of taxation or revenue collection that could implemented without force.

Of course, in a libertarian republic, government would not hold a monopoly on lotteries, but nonetheless lotteries could be used to generate revenue through voluntary participation. Government could use a specific proportion of a lottery’s revenue for funding and one or more lucky participants could win the rest. The founding fathers used this method. George Washington signed lottery tickets to raise money for public infrastructure. (pictured above)

A tax on spending on goods or services. A Value Added Tax is a tax which is based on the value added to a product at each stage of production. For examples, if a retailer were to buy a shirt for $5 and sell it for $10, the tax would apply to the $5 difference. Each stage of the production process would incur tax, leaving a final product with a price incorporating those taxes. A Sales Tax is simply a tax on the consumer at the point of purchase of goods or services. An Excise Tax applies to the sale of a specific good or service by quantity—such as a per gallon gasoline tax. In each instance the consumer is choosing to buy the good or service.

In a community, town or city, a voluntary per person tax may be implemented. Services provided by the town such as fire and police services could only utilized by persons who had paid the tax. Those who choose not to would be left to fend for themselves, hire private services or depend on volunteer services. With such a system an introductory tax rate could be implemented and, with time, as more people joined the cost per person would decline.

Tolls on roads, parking meters, city water, sewage access and ambulance services which bill for usage are all current examples of people volunteering to use government services or infrastructure for a fee. This is a much fairer way to generate the revenue needed to maintain and operate government infrastructure than one which taxes those who do not need or use those services. This model can be extended to trash removal and fire services.

Instead of social security and Medicare taxes coming directly out of the pay of all Americans, those who wish to join together in a cooperative effort of investment or insurance purchasing would be free to, and those who didn’t would be free to not participate. Group investment cooperatives could offer future planning for Americans. Competing cooperatives could offer high and low risk packages with differing returns. Group insurance packages could also be purchased by a cooperative, similar to the way which employers now participate in group packages through private insurance companies.

Local, state and federal governments own a lot of land.  Much of it is land that is not needed. Governments could sell this land or even hold a lottery for parcels of land or any unused government real estate. This revenue could be used to generate revenue for one time projects, such as funding the building of a new road or courthouse.

Considering that in a Libertarian Republic the government would have a much more limited role, these are more than adequate means to generate revenue. A Libertarian Republic’s government would provide national security, a justice system to protect people’s rights, a civil law system to enforce contracts, and the provision of infrastructure for those means. Services and infrastructure beyond that would be provided privately whenever possible, if not left to localities and funded only through the methods above. 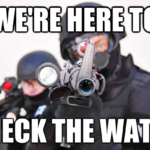 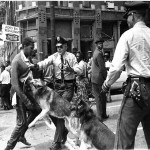 […]very few internet websites that take place to be in depth beneath, from our point of view are undoubtedly effectively really worth checking out[…]

[…]although web sites we backlink to below are considerably not connected to ours, we really feel they’re actually worth a go through, so have a look[…]