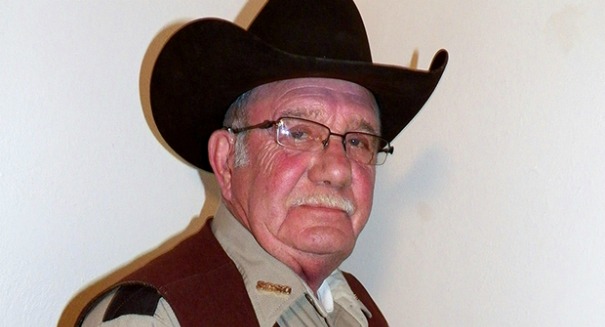 PINEDALE, WY – [dropcap size=small]T[/dropcap]here’s a new sheriff in town and a new dress code for his deputies. The new rule that forbids the sheriff department from wearing cowboy hats and boots resulted in Deputy Gene Bryson‘s prompt retirement after 40 years of service on Friday, and -as it were- is the only cowboy on the force who wears a cowboy hat.

Sheriff Haskell, 53, has been the Sheriff of eight communities, including Pinedale – the town that was also named one of the “2015 top true Western towns” in True West magazine in the same month- gave the reason for the ban was because cowboy boots are slippery on ice and cowboy hats can blow away in Wyoming’s blustery wind. The new dress code requires that they wear black trousers, a tan shirt, black boots and a black ball cap, for safety and also uniformity.

“I had my patrol deputies wearing one uniform, Haskell defended, (and) I had detention wearing another uniform. It looked like the Skittles platoon,” said Haskell , “We had a rainbow of colors. Who the heck is who?”

“…I’ve had a cowboy hat on since 19 — I don’t know, that’s what looks good to me in the sheriff’s department. It’s Western. It’s Wyoming.” says Bryson. “I am not going to change. I’ve been here for 40-odd years in the Sheriff’s Office, and I’m not going to go out and buy combat boots and throw my vest and hat away and say, ‘This is the new me.’

Haskell responded, “I’m very much for the Western way of life and the look. And that’s the way I dress, …”  “However, for a professional outfit — and this also goes for my 25 years in the Marine Corps — I like everybody to look the same. We are one team unified in one purpose. That is to do our job.”

“That’s not going to work.” said Bryson, admitting that if it weren’t for the rule change, he would have stayed on the force, but now that he’s retired, he looks forward to spending more time with his wife and grandchildren at his gun shop in Marbleton.

America Can Do Better Than Another Bush or Clinton 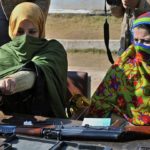