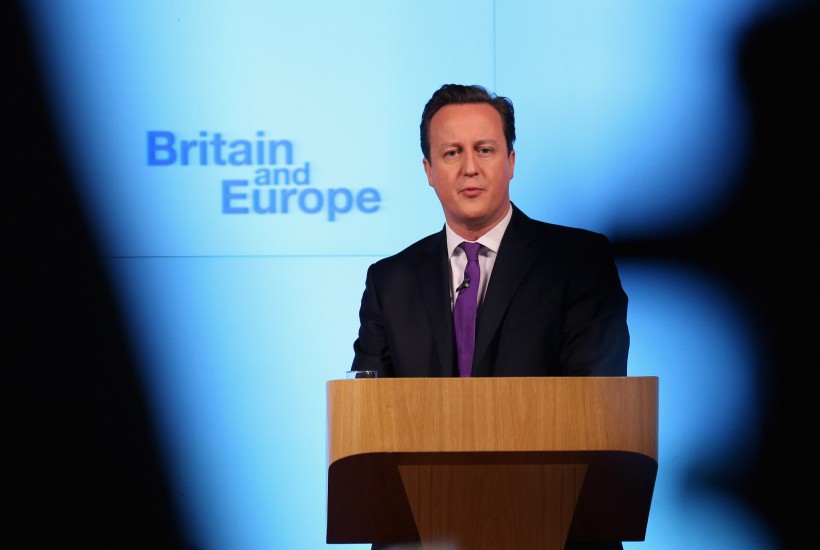 The British people will decide for the first time in 40 years on Jun. 23 whether the country will remain in the European Union or whether it will leave and forge a new path outside the EU.

“Britain will be permanently out of ever-closer union — never part of a European super-state,” declared Prime Minister David Cameron Saturday.

“There will be tough new restrictions on access to our welfare system for EU migrants. No more something for nothing,” he added. “Britain will never join the euro.”

Cameron flew back to London after fevered negotiations in Brussels Friday for the first cabinet meeting on a Saturday since Britain was at war with Argentina in 1982.

Cameron believes he negotiated a new deal for the United Kingdom that will persuade the country to vote to remain in the EU.

Here are the must-know facts about the first referendum Britain has had on its EU membership since 1975 and how it came about.

Why Is Britain Having A Referendum?

The Conservative Party promised the electorate a vote on Britain’s EU membership if they won the 2015 general election. Cameron triumphed, winning a majority of the members of parliament and was asked for the second time by the Queen to form a government.

Cameron spent the months after the general election touring the capitals of Europe trying to win concessions from European leaders for a special package for Britain so he could recommend to the British people the country stay in the reformed EU.

The Conservative Party has been divided on Britain’s EU membership for more than 30 years — many want Britain to withdraw, take back control of the country’s borders and roll back EU regulations.

What is the deal David Cameron negotiated?

Cameron’s focuses during his negotiations were limiting the access European migrants have to Britain’s welfare state, ensuring a fair deal for EU member states that do not use the euro, protections for the UK’s financial industry and assurances that Britain will not be forced to integrate further with the European Union.

Cameron was widely criticized by members of his own party and much of the euro-skeptic press for not asking for more concessions. Welfare payments given to EU workers with children living overseas will be cut to reflect the cost of living in those countries. The prime minister also managed to extract concessions on welfare payments to EU migrants during their first four years in the UK.

Britain has a guarantee that it won’t be forced adopt the euro and ditch the pound sterling. If any UK money is used to bailout a Eurozone country, the UK will be reimbursed. EU member states will also have the ability to block EU legislation they find objectionable if 55 percent of the EU parliaments agree.

What does Brexit mean?

Brexit is an abbreviation of “British exit” and is the commonly used term for a British withdrawal from the EU.

What do the polls say?

The two latest polls recorded show strikingly different results, but both show the pro-EU side in the lead. An ICM poll shows support for the remain-in-the-EU campaign at 43 percent while 39 percent support Brexit. An Ipsos MORI telephone poll showed an even larger lead for the remain campaign at 54 percent compared with 36 percent for the leave campaign.

Who wants the UK to leave the EU?

The campaign to leave the EU is not united under a single organization, let alone a single leader. There are three separate organizations marshalling for Brexit. The Vote Leave campaign is led by Nigel Lawson, who was chancellor of the exchequer under Margaret Thatcher and is seen as the most establishment-friendly of the three groups.

Leave.EU has strong ties to the UK Independence Party (UKIP) and is competing with Vote Leave to be recognized by the Electoral Commission as the official campaign to take Britain out of the EU.

The newest euro-skeptic group is Grassroots Out — forged in 2016 after bitter feuds between Vote Leave and Leave.EU. Grassroots Out is trying to unite people from all parties and have none campaign for the leave campaign.

Who wants the UK to stay in the EU?

The campaign to stay in the EU is fairly united. Britain Stronger in Europe is a bi-partisan group and led by businessman and Conservative Party politician Lord Rose and is facing no competition for the Electoral Commission’s recognition.