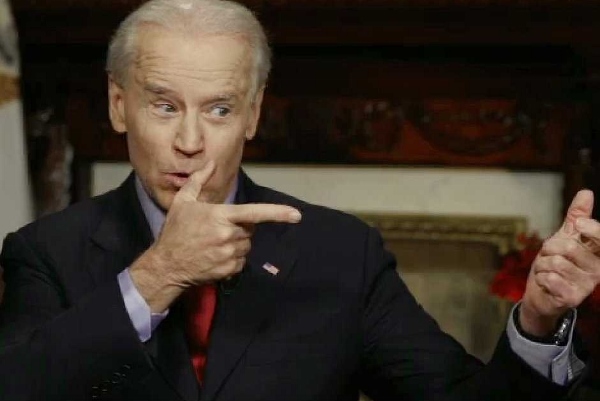 Vice President Joe Biden promised during a speech that the Obama administration would stop all deportations of illegal immigrants, telling a heckling immigration activist that “we’ll do that too, kid.”

The vice president spoke Saturday at the graduation ceremony for Miami Dade College in Florida. CNN rebroadcast a portion of his commencement speech Monday morning, in which Biden is briefly heckled by an illegal immigration activist.

“The immigrant community represents something special we never talk about,” the vice president asserted, before being interrupted by an unidentified student who yelled, “Stop deportation!”

“We’ll do that too, kid, but let me get finished [sic] my speech,” an nonplussed Biden replied, to cheers from the crowd.

Prior to the 2012 presidential election, the Obama administration routinely bragged about the record number of illegal immigrants deported during their tenure. Though later proven to be exaggerated, that number reportedly comes to about 2 million since President Obama took office — angering many Hispanics and threatening Democratic prospects in the 2014 midterms.

CNN host John King noted that many analysts “do expect the administration to dial back on deportations.”

“It has caught, I think, a lot of Democrats by surprise, the extent of the anger,” she added, “because when we came out of the 2012 presidential campaign, there was a sense that the Republican nominee had not done what he could. But the Democrats still have work to do.”

“The president made a lot of promises,” King agreed, “and they expected that to be kept.”