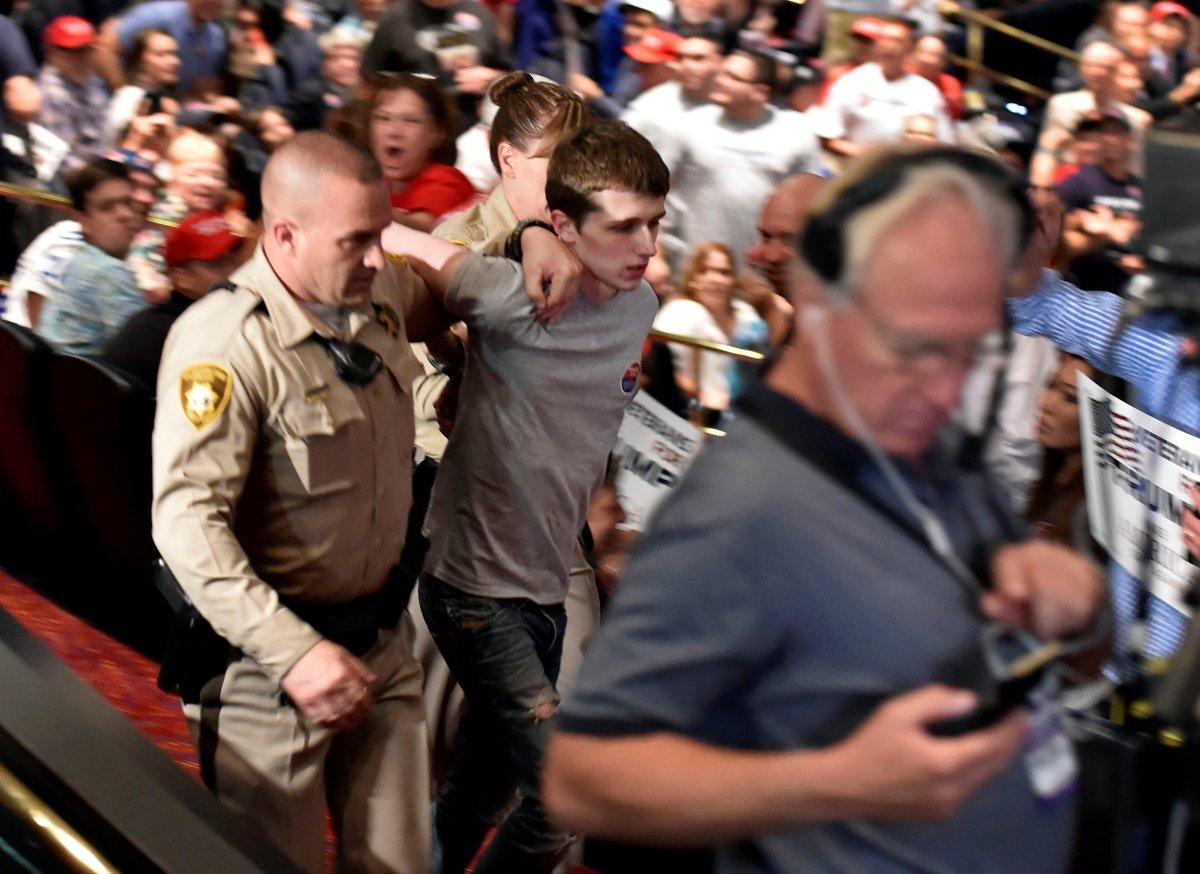 A British man was arrested Saturday at a Donald Trump rally in Las Vegas after attempting to assassinate the Republican presidential candidate.

Michael Steven Sandford, 20, approached an armed officer during the Trump rally in Las Vegas. He attempted to grab the weapon from the officer, while pretending to want an autograph from Trump. Sanford was quickly apprehended. He told authorities he had been planning to assassinate Trump for the past year.

On Thursday, two days before the rally, Sandford drove from California to Las Vegas in anticipation of Trump’s speech.

On Friday, he went to Battlefield Vegas, a local gun store where visitors can shoot a wide range of weapons and even crush a car with a tank.

“According to Sandford he fired 20 rounds from a 9mm Glock pistol for the purpose of learning how to use it,” according to the complaint. “Sandford claimed that this was the first time he had ever fired a gun.”

…“When Sandford was asked why he attempted to grab Officer Jacob’s sidearm, Sandford replied, ‘To shoot and kill Trump,’” the complaint says. “Sandford acknowledged that he would likely only be able to fire one to two rounds and stated he was convinced he would be killed by law enforcement during his attempt on Trump’s life.”

Trump was seemingly unaware of the incident when it occurred during his rally, assuming it was a typical protester. Sanford will be seen in court July 5th.

Dating Not Working for You? Try a New Strategy

How Gary Johnson Could Win the White House