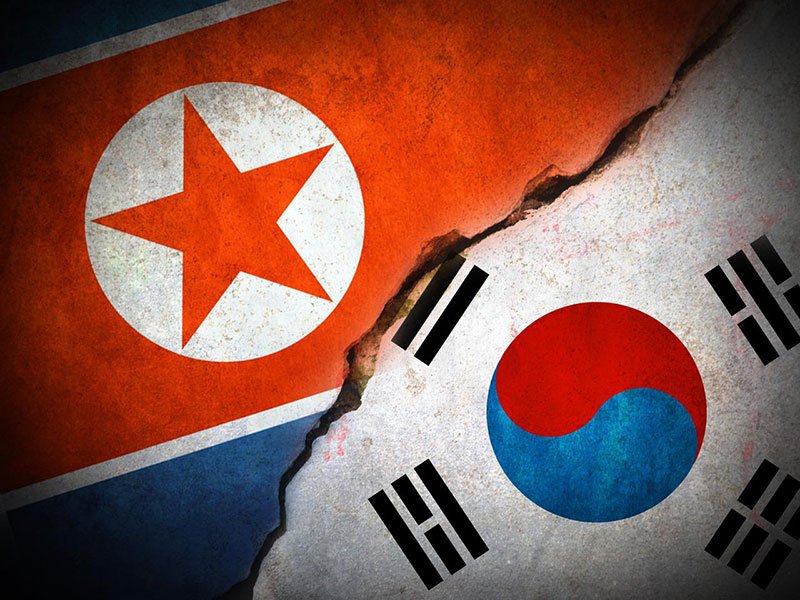 South Korea is offering to meet North Korea at the border in an effort to defuse tensions on the peninsula, but such an encounter is unlikely to yield real results.

South Korea’s Vice Defense Minister Suh Choo Suk, speaking on behalf of the new government, proposed Monday a meeting between the two sides in the border village of Panmunjom to discuss military and humanitarian issues. North Korea has not yet responded, but if Pyongyang agrees, this will be the first meeting in years between the two Koreas.

In recent months, North Korea has been advancing its weapons programs at an accelerated rate, launching short-, medium-, and long-range missiles, as well as an intercontinental ballistic missile. While the combined military power of the U.S. and its allies overshadow North Korea’s capabilities, Pyongyang has the tools to hold its region, as well as certain American cities hostage.

On the campaign trail, President Moon Jae-in, a liberal candidate who took over after the conservative former president was impeached, pushed for increased engagement with North Korea as a means to solve the crisis on the peninsula. He has since stated several times that he is willing to meet young North Korean dictator Kim Jong-un, but stressing that the North Korean regime would first need to meet certain preconditions.

There are a few reasons why the new South Korean government is pushing hard for dialogue.

North Korea just recently demonstrated a rudimentary ability to strike U.S. cities, but the threat of a devastating North Korean strike has lingered on the peninsula for decades. South Korea faces a constant threat of conventional, nuclear, biological, and chemical weapons attacks.

Seoul sits just 30 miles from the demilitarized zone, within range of North Korea’s massive artillery force, as well as the North’s collection of short- and mid-range ballistic missiles. A 2012 study suggested the North could kill tens of thousands of people in one day, and since then, the regime has significantly improved its capabilities. Not only is North Korea believed to be able to mount a nuclear bomb on a ballistic missile, but some observers suggest that the North may also have biochemical warheads in the works.

Even in the event of a preemptive strike against North Korean bases and weapons facilities, it is unlikely that the allies could eliminate North Korean weapons before the North unleashed hell on its neighbors to the south.

Attempts to rein in North Korea with international sanctions, military pressure, and diplomatic pressure have failed to rectify the problem, typically because these approaches have been applied improperly, limiting the effectiveness.

While the conservatives met pressure with pressure in their dealings with North Korea, South Korean liberals appear to favor engagement and a return to the Sunshine Policy, which sparked a flurry of bilateral talks between the two Koreas during the 10-year period between 1998 and 2008. The policy was declared a failure, as it did little to curb North Korea’s nuclear and ballistic ambitions, and abandoned when the conservatives took power.

Nonetheless, the downfall of the conservatives in the wake of a major corruption scandal that ended the presidential career of Park Geun-hye has shifted public opinion in the favor of the liberals. Nearly 80 percent of South Koreans are in favor of inter-Korean talks, a recent study revealed.

The last inter-Korean talks took place in December 2015, and there were no big breakthroughs. Tensions spiked last year, as the military hotline was severed and both sides resumed the use of psychological warfare tactics, with North Korea sending out broadcasts with coded spy messages meant to unnerve its neighbors and the South firing up the loudspeakers on the border. North Korea conducted two nuclear bomb tests and fired off around two dozen missiles, while the U.S. and South Korea stepped up their combat capabilities in response.

While there is a clear need for de-escalation, dialogue is unlikely to produce meaningful results.

Not only does North Korea have a history of violating agreements, but any demands that the North and South might make of the other will likely be deemed unacceptable. For instance, North Korea would probably demand the suspension of U.S.-South Korean joint military exercises and the repatriation of defectors. Any call for a halt on weapons testing or de-nuclearization is likely to be rejected by the North. And, if the South makes too many concessions, there is a risk that North Korea will take advantage of Seoul’s goodwill.