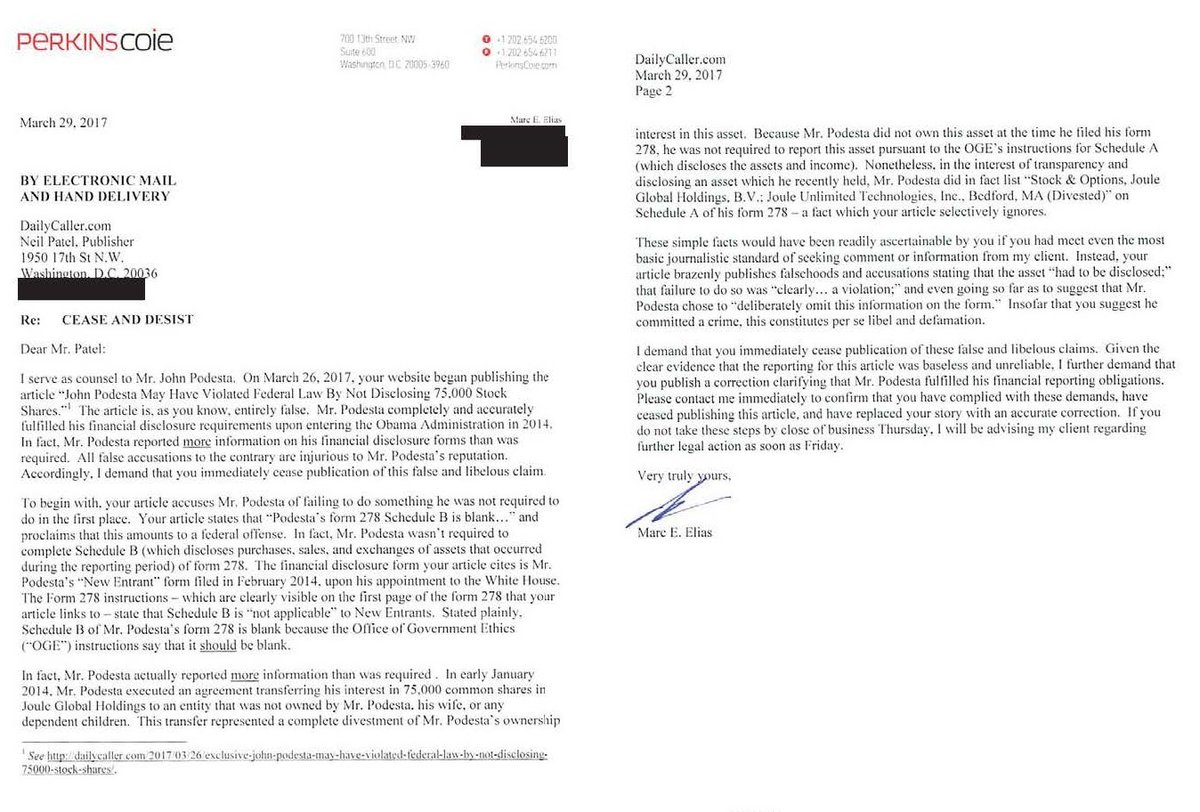 After an article that John Podesta’s legal representation has called “fake,” the former Hillary Clinton operative has served the Daily Caller with a legal cease-and-desist letter on Wednesday, reports the Washington Examiner.

The letter, sent to TheDC’s publisher Neil Patel by Podesta’s counsel, Marc Elias, singles out a March 26 article titled, “EXCLUSIVE: John Podesta May Have Violated Federal Law By Not Disclosing 75,000 Stock Shares.” In it, reporter Richard Pollock wrote that Podesta “may have violated federal law by failing to disclose the receipt of 75,000 shares of stock from a Kremlin-financed company when he joined the Obama White House in 2014,” reports the Examiner.

Elias said the article is “as you know, entirely false.” He said that Podesta did nothing wrong, despite numerous assertions in the article indicating otherwise.

Elias eventually took to Twitter to showcase the document. In his tweet, he also attacked President Trump and the idea of “fake news.”

The Examiner’s Alex Pappas did point out that the letter was sent to the wrong address, which could lead to some issues for Podesta and crew.

As of late Wednesday night (11:00 PM PST), theDC’s article is still active with no retractions, reports the Examiner.

Your Favorite TV Show May Be Interrupted By Writers Strike