War is Continuation of Politics By Other Means

“I am ever unwilling that [peace] should be disturbed as long as the rights and interests of the nations can be preserved. But whensoever hostile aggressions on these require a resort to war, we must meet our duty and convince the world that we are just friends and brave enemies,” Thomas Jefferson wrote to Andrew Jackson in 1806.

Governor Gary Johnson, the Libertarian Party presidential nominee, is the best hope we have for a solid and sane foreign policy. For the past fifteen years, the United States has been at war in the Middle East. Afghanistan, Iraq, Libya, and now Syria are the graveyards of our empire.

Though libertarians are criticized as “isolationists”, it’s a label that doesn’t really stick.  Libertarians aren’t for recklessly bombing the Middle East or keeping troops in Iraq for a hundred years. Over six thousand Americans have lost their lives while tens of thousands have been injured. The neo-conservatives have made our country less safe because of their recklessness in spreading American bombs across the Middle East. They are the ones who have put American lives in danger in pursuit of nation-building.

Johnson says a simple truth; military interventions has made us less safe and secure.

“We love peace, yet spurn a tame submission to wrong.”

This does not mean that the United States disbands its military and doesn’t keep an eye on affairs in the world. As Bill Weld says, “The baseline position of the Libertarian party is an invincible defense.”

“It does not encompass interventionism, boots on the ground, American blood on foreign soil,” he said.

Johnson knows that Congress has abdicated their responsibility to the President when it comes to a declaration of war against entities such as ISIS. In order to return to a sane foreign policy, Congress must be included. The executive branch cannot continue to prosecute wars endlessly and allow Congress to not fulfill its constitutional role.

As Rand Paul writes in Time:

“Re-examining the proper legal relationship over congressional vs. executive authority is long overdue. Since 9/11, America has been in a perpetual war mode and largely without precedent in our history. The costs, in lives and dollars, of the last 15 years of our foreign policy have been staggering and the benefits are somewhere between questionable and negligible.”

“Fighting and defeating ISIS wherever they are is not “intervention”. It is stopping violent jihadists whose stated objectives are to kill Americans, wipe Israel off the map and destroy the very freedoms – including religious ones – upon which our nation is founded. It is protecting us from those who would and are doing us harm,” he writes.

In the end, Johnson is not for endless military interventions. Hillary Clinton voted for the Iraq War and pushed both the Libya War and arming Syrian rebels. She’s a neoconservative who thinks that she is different from the hawks in the Republican Party. Donald Trump is an unknown because we don’t even know what he is going to do. We don’t know his foreign policy because he is always changing it.

With Johnson, we will make America’s foreign policy sane again. 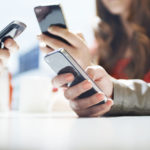 Swedish Company Now In Charge Of Tracking US Phone Calls 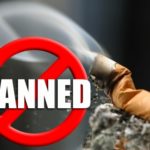 Smoking Bans – Who Should Decide?