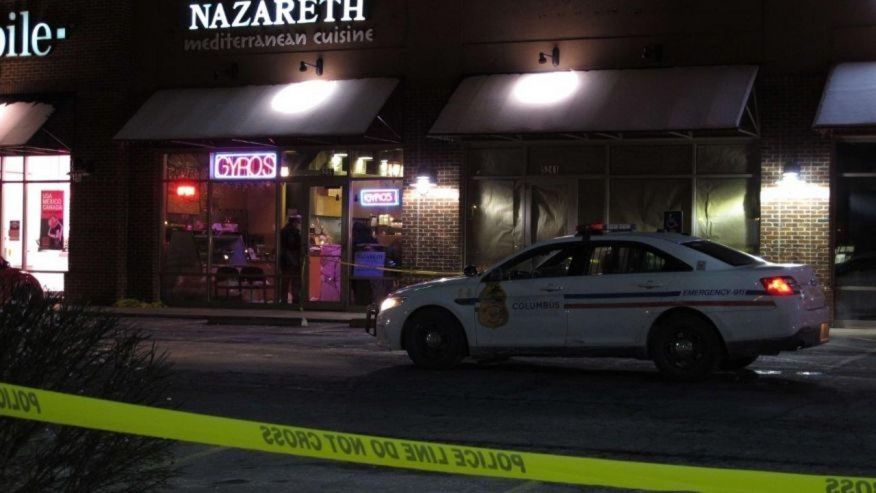 Police shot a machete-wielding, Somali man dead Thursday after he allegedly went on a rampage in a Christian-owned Middle Eastern deli in central Ohio.

Investigators identified the suspect as Mohammad Barry, who CBS News reports has a Somali background and may have traveled to Dubai in 2012. Barry allegedly used a machete to attack the patrons of a local Middle Eastern restaurant in Columbus owned by an Israeli-Arab Christian.

Police said the suspect had a conversation with an employee from the restaurant, and left for about an hour. When he returned, he approached a couple sitting just inside the door and began slashing them and other patrons with a machete, killing none but sending four people to the hospital.

Employees and the 20 or so patrons in the restaurant tried stop him, some by throwing chairs, and eventually he fled in a car, leading police on a short chase before he was forced off the road. He allegedly lunged at police with a machete and a knife, and they then shot him dead.

The owner of the restaurant, Hansy Barani, believes it was targeted because of his Israeli descent. “I am the minor, minor, minor of the minority,” he told The Columbus Dispatch. “So nobody likes me.”

“The one night I leave early this happens,” Baransi added, saying he hadn’t taken a single night off since Jan. 2. “I feel so guilty for leaving my people.”

The suspect had asked for Baransi when he initially visited the restaurant and asked where he was from, but was told he had gone home sick that day, reported The Columbus Dispatch. A witness to the attack told a CBS affiliate the man returned and “just started hitting” the customers.

“He came to each table and just started hitting them,” she told CBS. “There were tables and chairs overturned, there was a man on the floor bleeding, there was blood on the floor.”

“I fell like five times,” she added, describing her escape. “My legs felt like jelly. I just thought he was going to come behind me and slash me up.”

Local police told reporters they have no reason to believe the attack was politically motivated, although CBS homeland security correspondent Jeff Pegues reports law enforcement is concerned, because the attack has all the hallmarks of “lone wolf” terror. The FBI is assisting the investigation.

“There was no rhyme or reason as to who he was going after,” Columbus police Sgt. Rich Weiner told reporters Thursday.

Well-wishers are leaving comments and encouragement on the restaurant’s Facebook page. Hansy is reportedly a popular guy in the neighborhood, and his business has been around for 27 years.

The big day is finally here, it’s Hany’s birthday! Come celebrate with us, and take pictures with his cutout! We have…