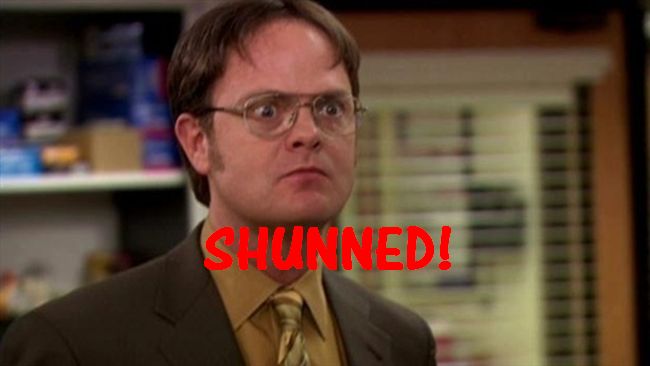 The following is republished from The Desert Lynx

I’m never one to shy away from controversy, especially when it serves some greater purpose in the pursuit of truth and justice. A couple months ago, I drew flak for addressing the liberty movement’s scumbag problem and calling on libertarians to disassociate themselves with lowlifes. While the response was overwhelmingly positive, there were enough criticisms along the lines of “You’re destroying the movement!” that I feel I should elaborate on exactly why it’s important to be selective in who we, as libertarians, call our friends.

I call this selective association philosophy “weakest link theory”: A group is as vulnerable to criticism as its worst member. This means that, no matter how competent, kind, and wonderful most people in the liberty movement may be, all it takes is a couple lazy, sexist, racist, fraudulent, or hypocritical members to allow freedom’s enemies to throw the whole group into the scumbag category. It’s not fair, it’s not reasonable, and it certainly isn’t logical, but no amount of denying that the bad apple isn’t representative of the tree will matter as long as that apple is still attached. I’m sorry, but guilt by association really works.


Take the cautionary tale of liberty activists in Keene, New Hampshire. The Keeniacs, as they are affectionately (or otherwise) known, were some of the pioneers of the local liberty movement, in particular gaining national (international?) headlines for their spirited resistance to parking enforcers. I will speak no ill of them here, because although I’ve had my disagreements with them, I respect their contributions to the cause. However, it’s unavoidable to mention that they have been ostracized by large chunks of the Free State movement, much of it in connection with their acceptance of a certain individual known as Cantwell, or the Anarchist Atheist Asshole (his words, not mine).

This person of legend (who was one of the inspirations behind my previously mentioned article) was banned from the Free State Project, publicly, for making highly visible public statements suggesting that libertarians should use violence against the government (a direction contradiction of the Project’s Statement of Intent). Privately, this character had also gotten drunkenly belligerent and driven his vehicle dangerously close to campsites and children. After his banning and subsequent ostracizing, he settled in Keene with the only community that would have him. After over a year of relatively good behavior and subdued overall awfulness, he was a regular co-host on Free Talk Live, and invited to not only speak at, but headline, Keenevention, the Keeniacs’ annual convention. In time, though, he could not contain himself from publicizing his overtly racist views during his co-hosting gig, and after much internal consternation Free Talk Live gave him the old fashioned boot, after which he withdrew from Keenevention. During the whole regrettable affair, STOP FREE KEENE!!!, a group formed specifically to attack every move made by the Keeniacs, has had a field day repeatedly hammering them on Cantwell and his overall distastefulness. They haven’t been alone in this, either: the nationally-popular Colbert Report lampooned the parking enforcement resistance by the so-dubbed “Free Keene Squad,” focusing mainly on Cantwell’s antics in order to paint the entire group’s actions in a negative light.

This guilt by association affliction has affected me as well, mostly with my activism as part of the Rights Brigade. Everywhere I’ve conducted activism operations where none of the kind had taken place previously, I’ve seen an overwhelmingly positive response. However, in several cases where others had been before me, I’ve been met with some hostility. While I have been very blessed with how my work, and its reception, has gone overall, it’s been harder for me in some cases because of guilt by association.

Now I’m not at all calling for isolationism in our work to free the world. In fact, I think libertarians could do a better job of working with more people. Despite my conscious and public compartmentalization away from the Keeniacs, I still happily work with them wherever we can find common ground (and, as it turns out, that happens quite often). The trick is to speak for yourself and yours, while remaining willing and eager to work with just about anyone else. Few teammates, many contacts. That way you can have plausible deniability when criticized for others’ actions, while having no shortage of help when trying to get things done.

Another salient example of this principle not being applied, on the opposite end of the spectrum, is Rand Paul’s presidential campaign. Liberty lovers have been quick to create some distance and point out that his campaign doesn’t accurately represent libertarian ideals, and rightly so. However, libertarians have by and large been too reluctant to support, publicize, and encourage what he does right, from encouraging a peace-driven foreign policy, insisting on fiscal responsibility, and opposing the drug war that has harmed so many innocents, with the poor and ethnic minorities taking the biggest toll. This is a chance to push the national (and international) debate on public policy in the direction of sanity, and most libertarians are, in my opinion, blowing this opportunity.

To properly present yourself in the war of ideas, it’s imperative to compartmentalize your approval. Associate yourself with few, work with, and encourage the selective work of, many. Play this game right, and the global cause of liberty will be winning more than ever. Play it wrong, and you could end up leaving adrift one of the top most libertarian presidential candidates in recent memory, or embracing an outright racist troll. The choice is yours.

Read More From The Desert Lynx

Great Scott! Technology From ‘Back To The Future’ That Free Markets Gave Us