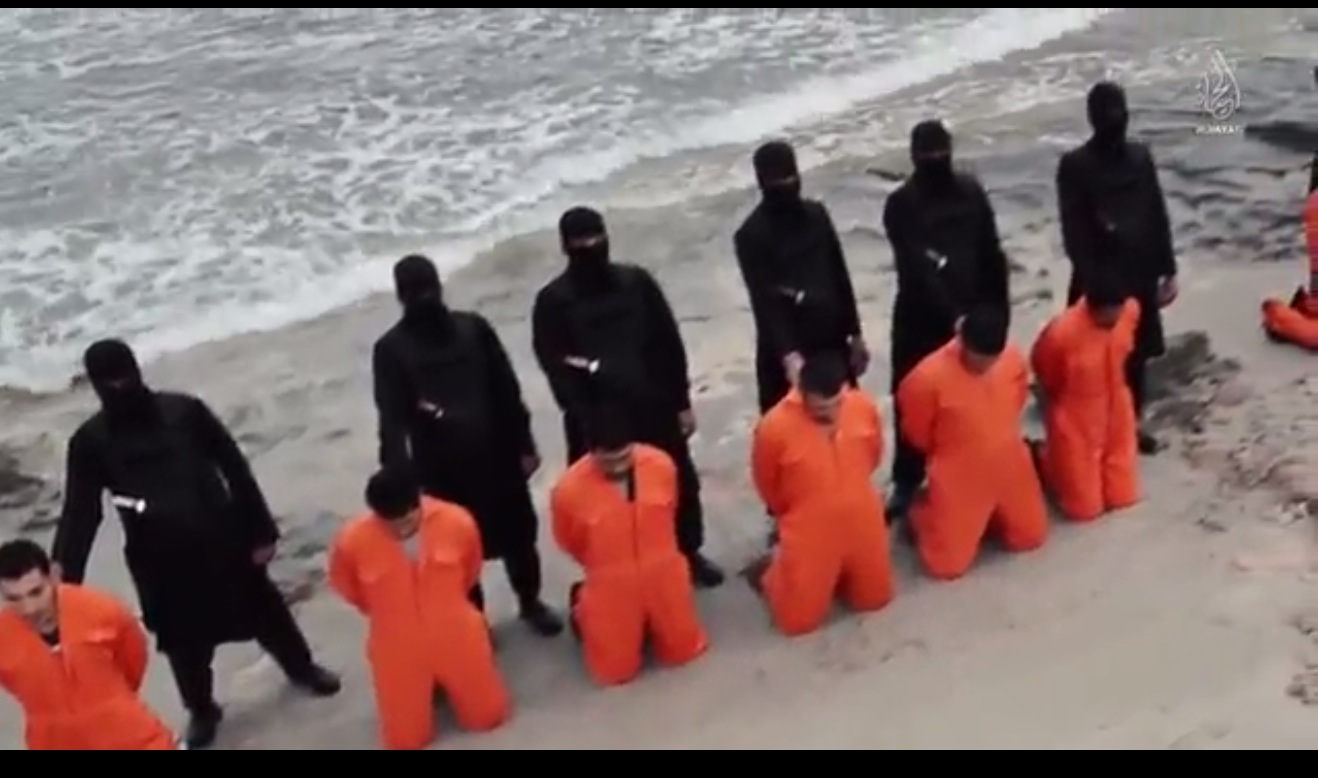 It has been reported from experts that the ISIS video of the 21 Coptic Christians being decapitated on the shores of Libya show evidence of being faked. Veryan Khan, of the Florida-based Terrorism Research and Analysis Consortium, pointed out the anomalies in the video with Fox News. 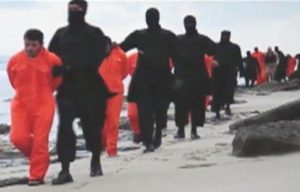 While the experts still believe that the men were killed by the terrorists, doubts have surfaced over the authenticity of some of the scenes.

One of the most blaring instances of modification in the short ISIS released video is the seen in the sill photo to the left depicting the men escorted by masked ISIS members. Experts agree that it would appear that the ISIS members would be 7-feet tall, leaving the victims to dwarf-sized by comparison. This shot was likely done on a ‘green screen’ in a studio – similar to what meteorologists and weathermen use – and the beach in the background -was added later.

“The Islamic State’s manipulation of their high-production videos has become commonplace,” said Khan, editorial director of the Florida-based Terrorism Research & Analysis Consortium. The murders likely took place in a studio, and the background image shown was likely from another location, the Bay in Sirte, a part of the Mediterranean Sea on the northern coast of Libya, according to Khan. There are several technical mistakes in the video that show it was manipulated,” she said.

Mary Lambert, a Hollywood director who, among other credits, directed Pet Cemetery, analyzed the film and supports Kahn’s observations, adding that the scene where it appears the sea is turning red with blood of the beheaded men “was obviously special effects”.

Khan also noted how the beheading of the final victim looked suspicious. “Not only did it lack the correct blood pulsation for decapitation,” Khan said, “but [it] seems to have had the blood ‘faked’ with cornstarch.”

Khan told Fox that it was likely that the beheadings were not done simultaneously, as the blood did not darken due to oxygenation.