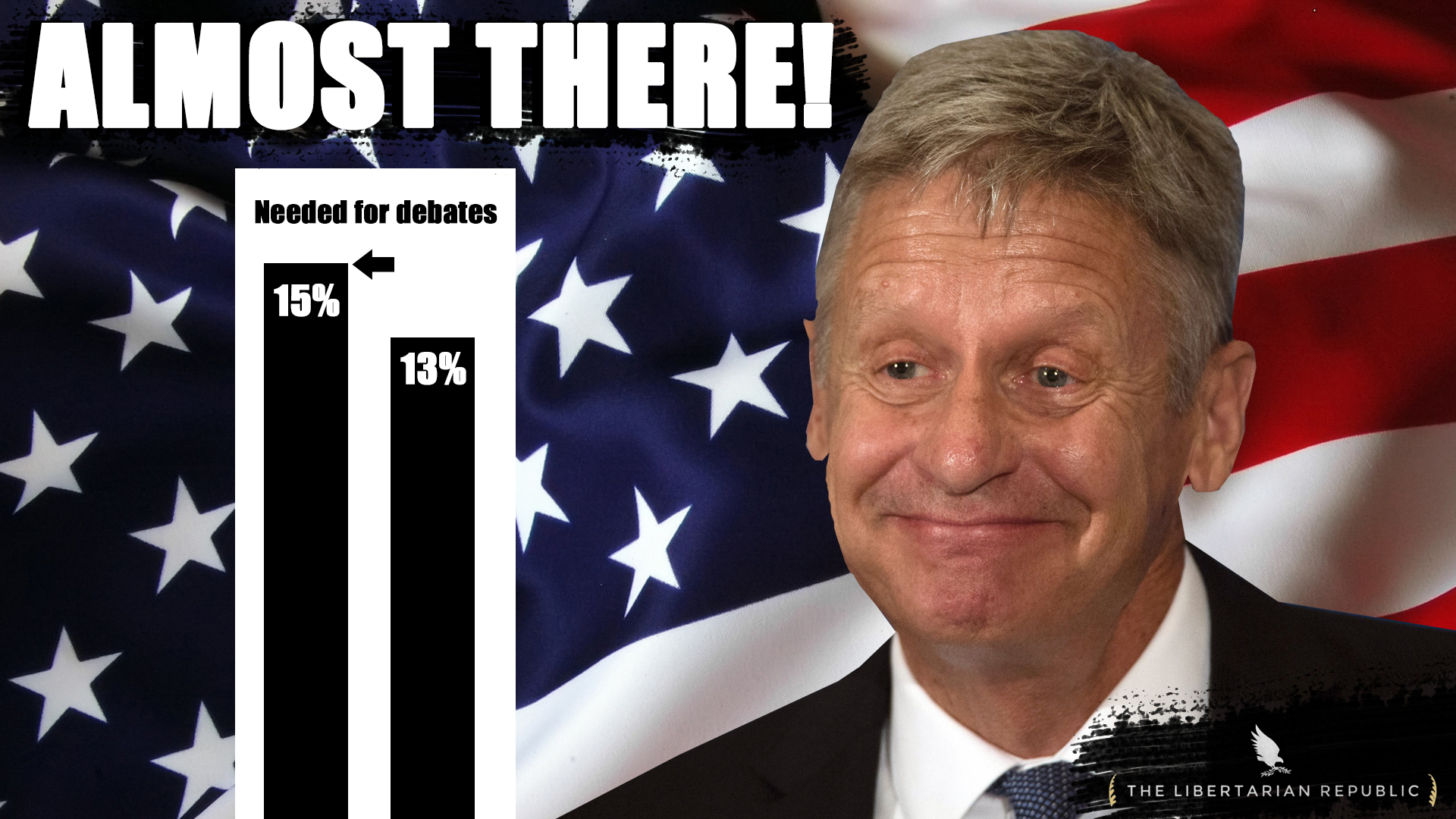 Libertarian presidential candidate Gary Johnson has been steadily gaining ground in major polling for the last several months and it seems that his first significant hurdle for serious contention is now within striking distance. If former governor Johnson is able to poll at least 15% in five national public opinion polls before the first presidential debate, he will be included alongside Republican presumptive nominee Donald Trump and Democratic presumptive nominee Hillary Clinton. This would give a huge legitimacy boost to Johnson’s candidacy in the eyes of the general populace, by allowing the people to see the Libertarian candidate as an equal on stage with the other two major parties. Currently, Johnson’s highest mark is from the latest CNN / ORC poll.

But one candidate has made gains since last month: Libertarian Gary Johnson. In a four-way matchup between Clinton, Trump, Johnson and Green Party candidate Jill Stein, Clinton carries 42%, Trump 37%, Johnson 13% and Stein 5%. That represents almost no change for either Clinton or Trump, but a 4-point bump for Johnson.

A recent CBS / NYT poll had Johnson at 12 percent; so it looks like these are solid numbers. As more and more people become increasingly disenfranchised with both Trump and Clinton, Johnson has a unique opportunity to take the Libertarian Party in America to the next level. Will Gary be able to do it?

Let us know your thoughts below or on Facebook.

Younger Generation Will Probably End Up Poorer Than Their Parents