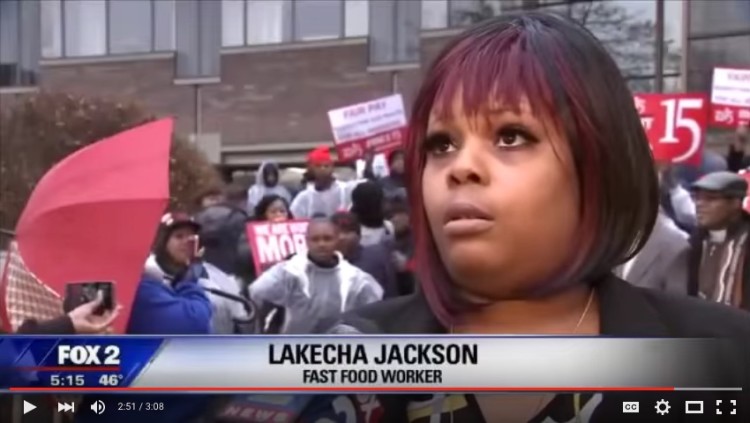 It’s one thing to ask your employer for a higher wage, but claiming that a fast food worker should be paid more than a paramedic is a statement devoid of logic.

A reporter from Fox 2 Detroit asked a fast food worker who was participating in a “Fight for $15” minimum wage protest— one that was heavily funded by the Service Employees International Union– exactly why she thinks this would be reasonable.

“Some people say that paramedics don’t even make $15 an hour and they save lives,” the reporter asked. “So, why should fast food workers get that?”

Note: The Bureau of Labor Statistics reports that the median salary for EMTs and paramedics was about $31,700 in 2014, which comes out to just over $15 an hour.

Watch Jackson’s logic. Her Justification for it will make you shake your head (2:42-miniute mark):

Woman Claims She’s a Cat Trapped in a Human Body