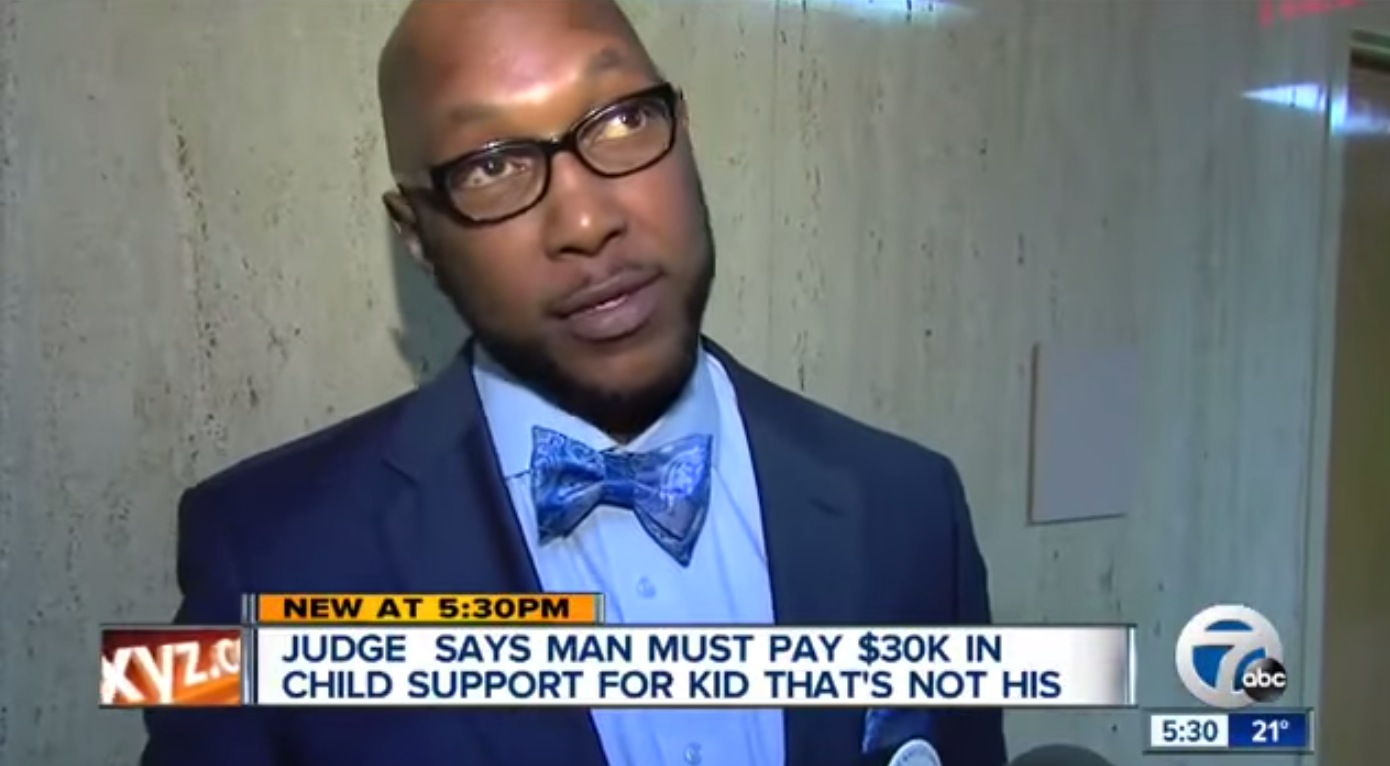 Detroit, MI – Carnell Alexander has been ordered to by $30,000 in back child support for his ex-girlfriend’s child – that 2013 DNA results had proven is not his.

Alexander brought his case to Wayne County Third Judicial Circuit Court on Tuesday, hoping to clear up this injustice. Even the mother of the child admits that Alexander is not the father, however, Judge Kathleen McCarthy felt that his efforts were too little; too late.

“I am outraged that Mr. Alexander for two and a half decades failed to take this matter seriously,” said Judge Kathleen McCarthy.

Judge McCarthy described how he had been to court more than a dozen times over the years. She ruled that Alexander should have filed a motion to set aside the acknowledgement of parentage long ago.

“That motion must be filed within 3 years after the child’s birth, or within one year after the order of filiation is entered. The defendant has failed to timely file this motion setting aside the acknowledgement of parentage,” said Judge McCarthy.

The paternity case started in the 1980s when the woman gave his name to a case worker so she could get assistance for her baby, who was born in 1987.

Carnell said that he first learned he was allegedly the father when he had just gotten out of prison. He had no income or savings and armed with only his wits, he was on his own.

Carnell, who only has an eighth grade education, recognizes that he may have not filed the right paperwork. However he has made it clear to the Friend of the Court workers and judges on the case that he was not the child’s father, never saw the child and didn’t want to be responsible for the child.

Cherika Harris who is handling Alexander’s case pro bono, said that the arrest warrant due to unpaid child support has since been dropped. She was also surprised when the judge went on the record to criticize the reporting.

“I am outraged at the media for the willful misrepresentations of the facts of this case,” said Judge McCarthy. “Casting this court in a negative light.”

Harris, having dedicated many hours to this case doesn’t see any misrepresentations.

“I just want to thank [Seven Action News] for bringing this story forward,” said Harris, “All you reported is factual.”

She says she took on this case because it is about Carnell’s constitutional rights and freedom.

Harris is disappointed about the court’s decision on Tuesday, but she will continue to work to file other motions to erase the debt he owes to a child that is not his.

Carnell says he understands he may owe money according to the fine print of the law, but he will never believe it is right.

Why would a judge use a bureaucratic motion filing system of the court against a man you know is innocent?

“The law is not going to fit into everybody’s situation,” said Carnell. “Why don’t they use common sense?”

In the future, should Judge McCarthy feel the need to go on record to exclaim ‘outrage’, she would do well by Carnell’s suggestion,  and acknowledge how the criminal justice system is at the helm of the war on the poor.

10 Reasons Why Jeb Bush Should Never Be Elected President