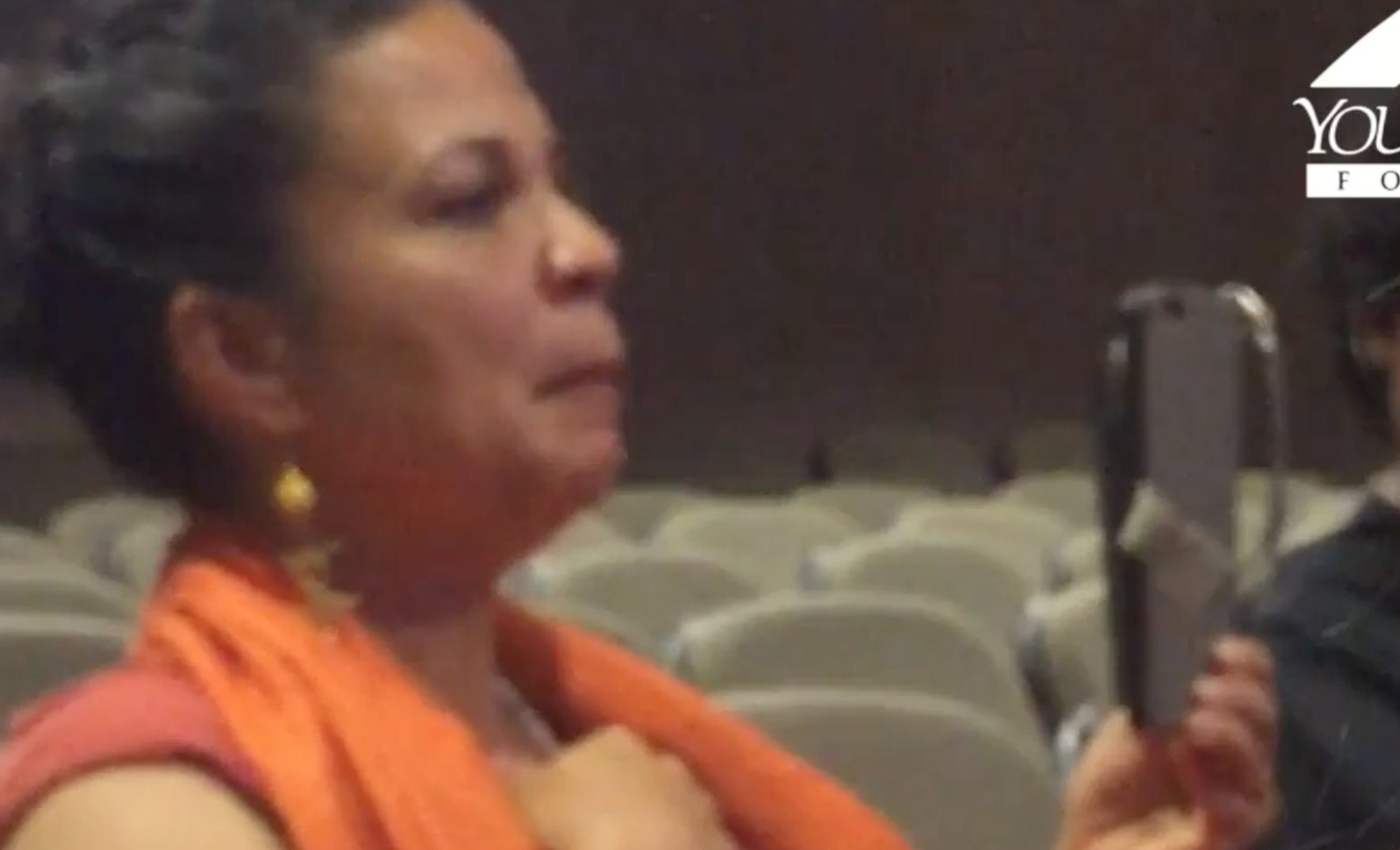 New video released by the Young America’s Foundation shows students, faculty, and administrators at California State University, Los Angeles discussing the possibility of keeping conservative speakers off campus in response to an event last February that was aggressively disrupted by liberal protesters.

The video was recorded, apparently surreptitiously, by an attendee at a May 17 “healing space” event that was held to discuss journalist Ben Shapiro’s visit to the campus in February, which was sponsored by a local YAF chapter. CSULA president William Covino attempted to cancel the event at the last minute after it provoked student protest, but backed down when Shapiro said he would show up on campus regardless and give his scheduled speech.

Shapiro’s speech, titled “When Diversity Becomes A Problem,” was marred by disruptions, as dozens of students blockaded the door to the auditorium he was speaking in, forcing many attendees to arrive through a back entrance (which was eventually blocked as well). A fire alarm was also pulled during the event in an apparent effort to shut it down, and even once the event was over attendees struggled to get out of the building because exits remained blocked by demonstrators.

Shapiro and YAF sued CSULA last week, claiming the public college had violated their constitutional right to freedom of speech.

But according to the new video released by YAF, many at the school believe the blame for the incident lies with YAF because it brought a provocative speaker to campus, and some think action should be taken to prevent such provocations in the future.

The video shows about two and a half minutes of excerpts from the May 17 “healing space” the school held, over two and a half months after the original event. Early in the video, President Covino assures attendees that he “would have never invited Ben Shapiro to campus. Never!”

The problem, Covino said, was that Shapiro was invited by students and his event was funded by students. The solution, he suggested, was finding a way to modify school policies to limit the ability of students to bring speakers to campus who would cause problems.

“Shouldn’t we think about a kind of policy or process or set of criteria that the students get behind, and say for future events … for us as a student body to support an event, it’s gotta have these elements,” Covino says. “I think that process would be helpful for us.” At least in the currently-available excerpt (YAF told The Daily Caller News Foundation an unedited 40-minute video would be released Friday morning), it is not clear what “elements” Covino was thinking of requiring.

One student at the discussion asks Covino whether YAF would be allowed to host more events in the future, and Covino acknowledges that, unfortunately, that will probably be the case.

“I’m convinced that there will be a ‘next time,’” he says. “Very tragically and unfortunately, we’re in a kind of climate nationally and locally, in which this kind of provocation is encouraged.”

A professor attending the meeting, pan-African studies department chair Melina Abdullah, laments that by letting Shapiro speak, Covino had allowed a “neo-Nazi” to come on campus.

“I get he’s Jewish, so that’s ironic that I’m calling him a neo-Nazi, right, but that’s basically what he is,” Abdullah says. “What I’m hearing is students come into my office, and feeling traumatized, feeling brutalized, physically, emotionally, and mentally.

Disney CEO BLASTS Bernie Sanders: ‘What Have You Contributed to the Economy?’