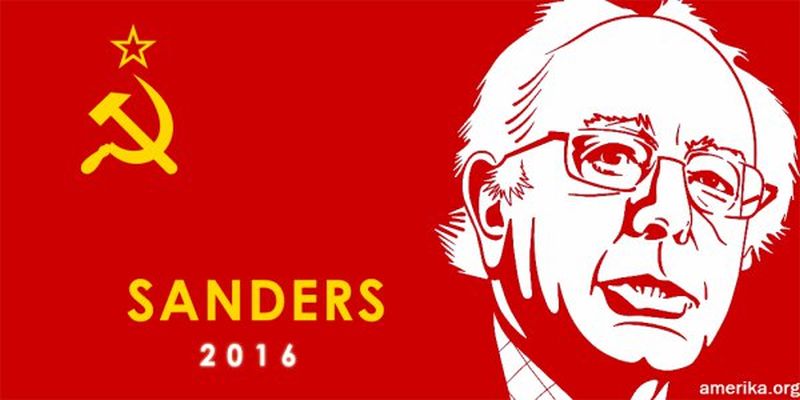 Bernie Sanders recently tried to provide a better idea of his concept of socialism in order to win over younger Democrat voters, but instead used some trigger words that may in fact have hurt him.

From the New York Times:

“When you go to your public library, when you call your Fire Department or the Police Department, what do you think you’re calling?” Mr. Sanders said. “These are socialist institutions.”

While Mr. Sanders may have a point, he drew some blank stares from liberals in the audience who are probably used to hearing the police described with other terms. He didn’t dwell on the point, veering back to his concern about social safety nets.

You don’t need to be a black kid in a hoodie to think of “aggression” when you hear the word “police.” Though there is a large over exaggeration of excessive force by cops throughout the country, but the militarization of police in recent years, which has added fuel to the fire off many recent issues, is something to be taken seriously.

Hopefully something young progressives in the audience begin to understand is that when government grows bigger, the amount of force they can use to enforce their will over yours expands. Ed Kryayeski from Reason Magazine hit the nail on the head when driving this point home:

After Garner was killed and several other local incidents of non-fatal police brutality over petty law enforcement issues got a lot of press, Mayor Bill de Blasio (D) insisted he would continue to order police to vigorously enforce such laws. “A violation of the law is a violation of the law,” the mayor said, illustrating why law enforcement, when met with resistance, can become deadly.

Bill Bratton, the police commissioner, made the same point Sanders did, that his liberal supporters are so uncomfortable with, that the police are a democratic institution. “It’s important that when an officer does approach you to correct your behavior, that you respect them,” said Bratton. “That’s what democracy is all about.”

It is. And while it may be fashionable today to blame the policies that lead to excessive police brutality on things like white supremacy, it would be far more productive, and lead to real harm reduction, to engage police brutality as a true expression of democracy, and to correct our expectations of government.

Long story short, Sanders will use the cops to protect and serve the hell out of you if you go against his socialist utopia.