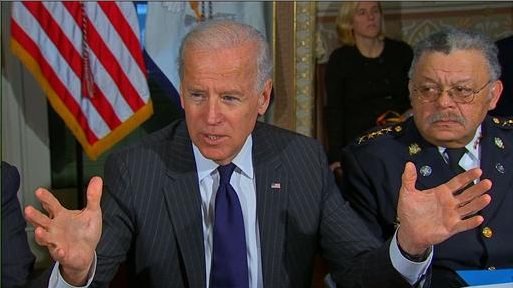 Vice President Joe Biden reportedly attacked the Clinton administration’s record on economic inequality during a closed-door Democratic fundraiser in South Carolina on Friday, prompting renewed speculation that the former Democratic senator will run against presumptive nominee Hillary Clinton for the presidency in 2016.

CNN’s Peter Hamby was told by three separate sources at the fundraiser that Biden explained how rising inequality — now a frequent trope among Democratic politicians — in fact began during the later years of Bill Clinton’s presidency.

“The fraying of middle-class economic security did not begin during President George W. Bush’s terms,” Hamby wrote, paraphrasing, “but earlier, in the ‘later years of the Clinton administration.’”

On Monday, CNN’s John King broke down the news along with The Atlantic’s Molly Ball and The New York Times’ Jonathan Martin. “So a criticism of Bill Clinton,” King mused. “Is that also an implicit criticism of Hillary Clinton, who might be his rival?”

“It’s funny,” Ball replied, “because this is a case that then-Senator Barack Obama made against Hillary Clinton back in ’08. You had the case, you know, ‘We all remember the ’90s as peace and prosperity. They actually weren’t so great. This sort of economic unraveling began.”

“Biden, in public settings, makes the same sort of argument for the blue collar, economic-populist strain,” Ball continued. “But it does give him a potential opening, as he sees it, I think.”

But going after Clinton’s old record won’t be easy, particularly when the vice president has a record of his own. “The problem for him is that it’s a hard case to make when he’s been part of the Obama administration,” Ball noted. “And that’s the economic record that he’s going to have to cite.”