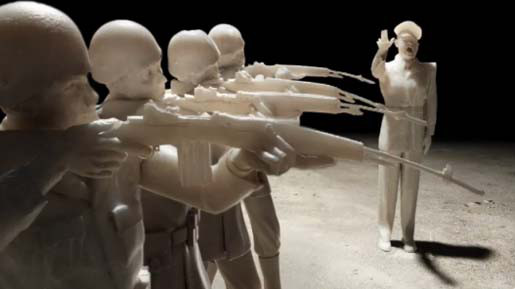 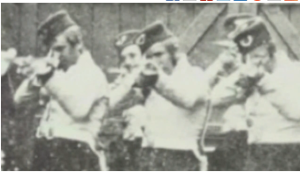 DALLAS, October 17th, 2013 – A training manual for employees of the Bureau of Alcohol, Tobacco, Firearms and Explosives featured vintage photos of French firing squads taken mid-execution. In context, the photograph and manual’s tone insinuates such penalties are reserved for whistleblowers.

Sources within the Department of Justice claim the photo was a joke and that they were unaware it was viewed as offensive by agents. A spokesman for the International Union of Police Associations, whose opinion was echoed by DOJ officials, agreed. “I can attest to the fact that law enforcement personnel often use gallows humor as a release from the grim realities of the profession.”

Sympathetic media outlets quickly dismissed concerns over the photograph’s peculiar inclusion, “Even the Justice Department has a sense of humor, but watchdog groups and a conservative newspaper are crying foul over the DOJ’s attempt at a sick joke in an online training manual,” wrote Jonathan Vankin of Opposing Views.

READ RELATED: Does anyone think we Americans are stupid enough to let anyone take our guns?

While humor is often a method of communication within law enforcement organizations, given the DoJ’s history of ruthless, unprecedented whistleblower prosecution, one struggles to find the levity in the photograph’s use.

Stephen Kohn, supervising attorney for National Whistleblower Center, was not persuaded by the Department’s claims.

“This is a campaign to silence and intimidate whistleblowers and what is the most troubling part of this aggressive campaign, is that the justice department has completely ignored the first amendment,” he said. “Some of the rhetoric used against whistleblowers could be construed as inciting to violence because they’ve turned up the rhetoric.” 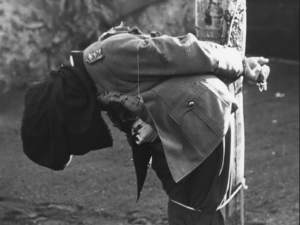 Six individuals have been prosecuted under Holder, more than any other administration. He has argued that journalists are not legally protected against criminal charges should they fail to reveal their sources when the government wants them. The department wasted taxpayer resources building a case against WikiLeaks leader Julian Assange for his role in disseminating documents that embarrassed corrupt bureaucrats.

As reported by the New York Times, Holder was grasping to prosecute Assange, “as a co-conspirator to the leaking … to make an example of him as a deterrent to further mass leaking“. Given the Department’s culture of power abuse and corruption, even tongue-in-cheek references to this type of “justice” for truth-tellers is both bizarre and inappropriate.

Public employees not only have a duty, but a constitutional right to provide information regarding government crimes to the news media. A free society cannot tolerate government agents withholding knowledge of secret crimes from the public, particularly when those secrets reveal systematic, institutional failure to uphold laws citizens must keep.

According to the Times, the photo appears on a slide deck that was put together by contractors in 2007. The photo has been included in the manual since March 2008. The ATF plans to remove the photograph once “government shutdown is ends and federal officials return to work,” said Richard Marianos, the special agent in charge of the Washington division of ATF.

Teacher fired for providing booze, condoms and hotel room for students at prom