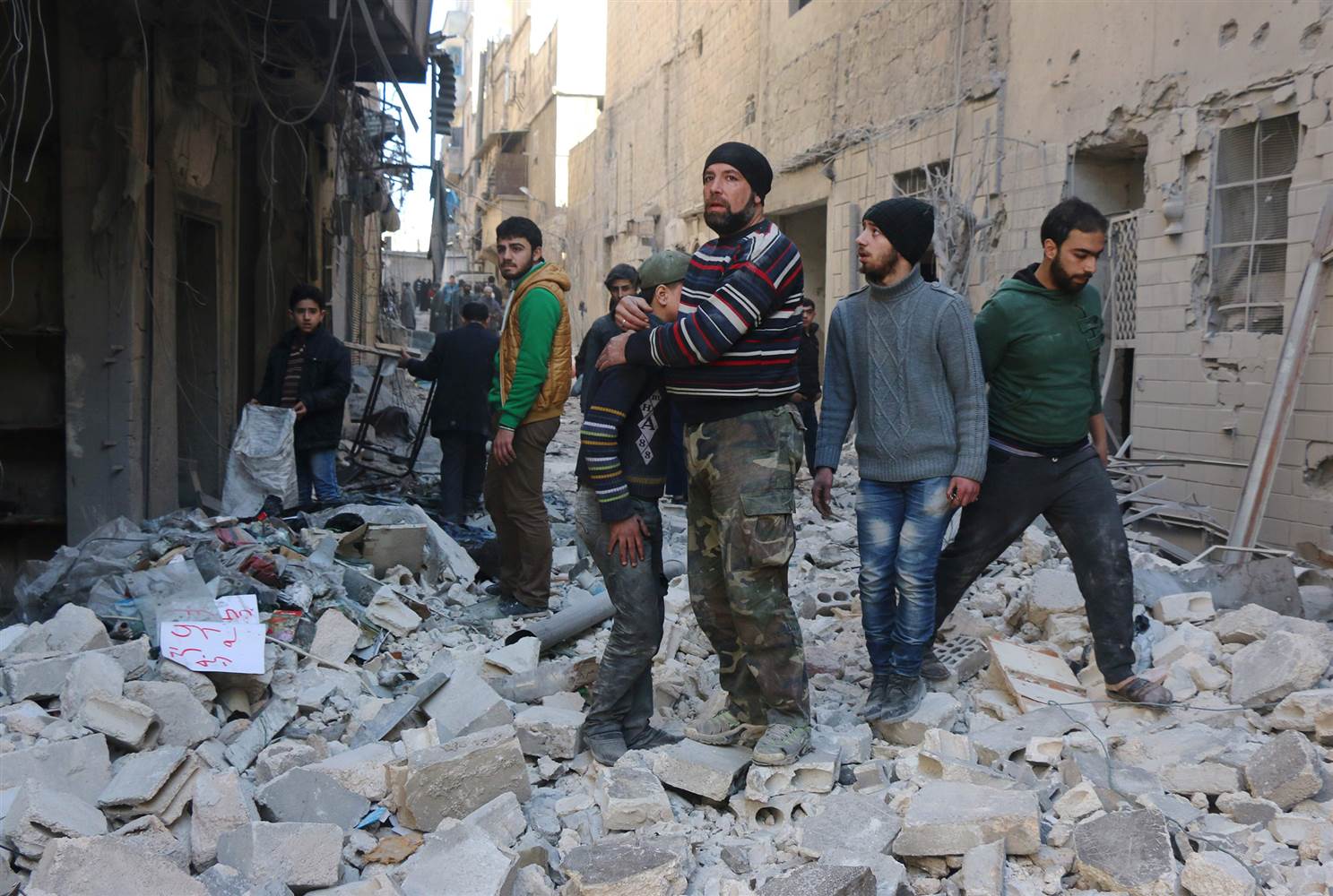 Syrian President Bashar Al-Assad is tightening the noose around the jihadi stronghold city of Aleppo, possibly his greatest victory in the Syrian civil war.

Assad’s move in Aleppo could reverse all the gains a jihadi-led coalition made last month when it broke the regime’s siege. Aleppo has become a focal point of the broader Syrian opposition and involves almost every major player except the U.S. “Pro-regime forces reinstated the siege of Eastern Aleppo City” Sept. 4, the Institute for the Study of War noted Wednesday, explaining that, “new advances demonstrated the critical role played by Russia.”

Russia is pounding opposition-held areas of Aleppo in daily airstrikes. Iran just dispatched its favorite general to help coordinate the ground offensive, and earlier this month Hezbollah sent thousands of fresh troops to fight alongside the Assad regime. The Syrian regime even flouted the international community Wednesday when it likely dropped chlorine gas on civilians.

The only realistic chance of an end to hostilities in Aleppo is a potential deal between President Barack Obama and Russian President Vladimir Putin. Reports indicate that Obama was considering signing a deal with Putin for an immediate ceasefire in Aleppo, in exchange for military cooperation between the two countries. After months of haranguing over the details, the deal is now unlikely to come to fruition amid continued tensions between the two countries.

Syrian rebel opposition held positions inside Aleppo for nearly five years, but are unlikely to overcome Assad, Iran, and overwhelming Russian firepower. A rebel coalition led by al-Qaida-linked elements broke a government siege of Aleppo in early August, but the effort likely exhausted the military supplies of the groups. The reinstitution of a siege will deprive the group of supplies, and allow the regime and its allies to revert back to the original strategy of attrition warfare.

Despite a devastating five years of civil war, 300,000 civilians remain inside Aleppo. One humanitarian activist told Al Jazeera there are now only two bakeriesin Aleppo to serve the remaining 300,000 customers.

Assad, Iran, and Russia have undertaken a concerted campaign to make the rebel position as untenable as possible, by bombing hospitals and cutting off any access to humanitarian assistance. The regime and its allies have tried to bomb as many hospitals as possible within Aleppo to cut off Rebel access to healthcare.

Cutting access to healthcare and food also makes life as miserable as possible for civilians living under rebel occupation.

The Assad regime’s strategy is to maintain control over as much of the civilian populace as possible to ensure perception of legitimacy in the eyes of the world, and bargain with the rebel opposition for peace from a position of strength.

“It is a shame that the world in the 21st century is watching an 8,000-year-old city destroyed on the heads of its inhabitants and bombed with 200 air raids and dozens of barrel bombs daily without doing anything,” President of the Opposition Council Anas Alabdah told The Daily Beast.

Being Offended is Geographical but Satire is Universal