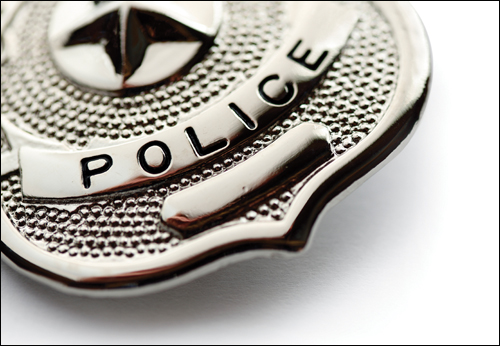 PORTLAND, OR– A case that occurred last May has recently been gaining national attention after a mother finally made her story public. Latoya Harris‘s daughter, a 9-year-old girl, was in her swimsuit running through a neighborhood sprinkler when two Portland police officers showed up at her home. They had come to interrogate her about her role in a youth club altercation nearly a week earlier.

On April 26, 2013, the 9-year-old was at the Boys & Girls Club when a fight broke out near the basketball courts. Two girls were arguing because one had told on the other for drawing on a desk.

Harris’s daughter and one of the other girls wound up exchanging blows, and a staff member quickly broke up the fight and separated the children. Both apologized, and the 9-year-old was suspended from the club for a week. Staff members at the club told police neither girl had obvious injuries.

That statement wound up being disputed by the mother of one of the girls, who called police later that day to report her daughter’s injuries from the fight. The mother said that the Harris’s daughter had struck her daughter and slammed her head against a brick wall. Police took a cell phone photo of a red bruise on the girl’s cheekbone, and the mother insisted that they arrest Harris’s daughter.

Officers went to the girl’s home later that day, but she wasn’t there. Officers David McCarthy and Matthew Huspek came back six days later, saying they were only going to question the girl. According McCarthy’s police report, the child gave “vague answers” and grew visibly upset when persistently questioned about the fight.

Harris said the officers aggressively questioned her daughter. “They repeatedly asked her, ‘Why don’t you tell me what really happened?'”

The officers stated the 9-year-old’s answers were “inconsistent” with those who described her as the instigator, and charged her with fourth-degree assault. Still dripping wet and wearing only flip flops, her swimsuit, and a pink towel, police handcuffed her, drove her to police headquarters, and took her fingerprints and mugshot.

In his report, McCarthy wrote that “no inventory was performed due to the tight clothing (the girl) wore.” The report failed to state that the girl was wearing a bathing suit.

Latoya Harris was in total disbelief as she watched the events unfold. “When they put handcuffs on, I thought, ‘Wait a minute, this has got to be a joke,'” Harris told The Oregonian. “The look on my daughter’s face went from humiliation and fear, to a look of sheer panic.”

Harris begged to accompany her daughter in the patrol car, having no car of her own, but was denied. Police said they would drive the girl back home when they were done with her, but to Harris that was unthinkable. “She’s just a child,” Harris kept thinking.

The girl was taken to the Justice Center in downtown Portland, and was kept in a holding area for over an hour until her mother arrived by bus.

The district attorney’s office never brought charges against the 9-year-old, and Harris believes that wasn’t even the point of her daughter’s arrest.

“In my opinion, they were trying to scare and humiliate her,” she said. “All they had to do was give her a talking to. We’re talking about two grown men in uniform with guns.”

Harris has remained quiet about the case thus far, hoping it could be resolved privately. However, it’s been a year since she complained to the Portland’s Independent Police Review Division, and no officers have been punished.

The apathy of the police department has extremely frustrated Harris. “I’m just a mother at the end of her rope. I’m going to advocate for my daughter, but no child should have to go through that.”

The Citizen Review Committee, a police oversight panel, heard Harris’s story last month and have taken up her cause. They are attempting to change the city guidelines so that children under the age of 10 can’t be taken into custody without a juvenile court order.

A review of the officer’s conduct by the Independent Police Review Division, yielded unsurprising results. The officers weren’t found to have violated any Police Bureau policies,

Members of the Citizen Review Committee disagree. Jamie Troy said he was disturbed that the 9-year-old was handcuffed. “While there are some instances where handcuffing of kids may be necessary, I would hope that would only be in very rare instances. As a community, we need to come together and sort this out.”

Sgt. Pete Simpson, a spokesman for Portland police, stated the officers were simply going by the book, and used the handcuffs as a safeguard, according to policy PPB Directive 640.70. The 9-year-old’s charge of fourth-degree assault is a Class A misdemeanor, and under bureau policy, all juveniles taken into custody for any felony or Class A misdemeanor “shall” be fingerprinted and photographed at the forensics division. Had she been charged with a Class B or C misdemeanor, she only “may” have been fingerprinted and photographed. The fact that Harris’s daughter is only 9-year-old makes no difference, as police consider anyone under 18 a juvenile.

Harris says her daughter, now 10, “is a different child” due to the events of last year. She was forced to change schools last October after being teased for her arrest, and has been in counseling about it since last June.

15-year-old suspended for abstaining from Pledge of Allegiance