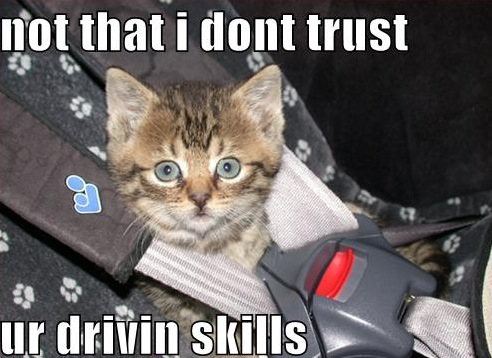 Politicians always tell people that regulations are for the good of society. Let’s take seatbelt regulations for example. They’re supposed to save lives by demanding that people either wear them, or face a fine. But some studies have shown that the type of people who would voluntarily wear a seat belt actually were going to be safer drivers anyway. People who were willing to take the risk of not wearing one were the type to engage in riskier behavior that might have lead to their higher accident rate.

Ironically, forcing someone to wear a seat belt might make their driving more dangerous. Why? Because if you feel safer, you might be more willing to engage in riskier behavior. Sam Peltzman of the University of Chicago conducted research that showed that the number of motorist deaths after seatbelt regulations were unchanged. But you know who started getting killed more often? Pedestrians and bicyclists. I wonder why?