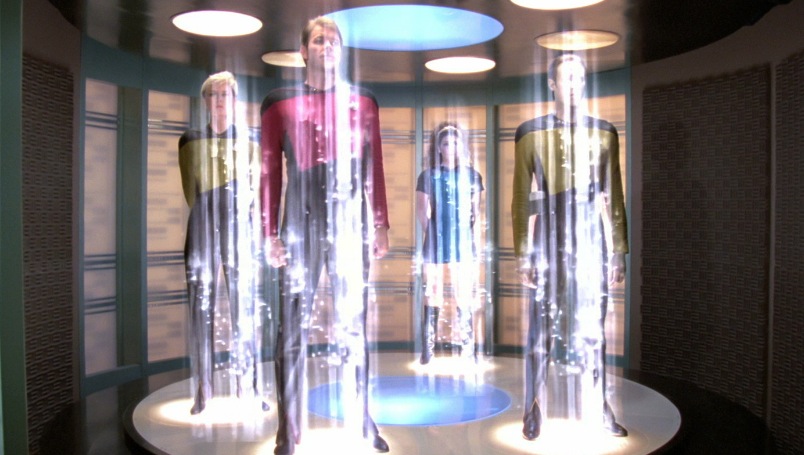 Scientists at the University of Calgary successfully teleported a particle nearly four miles away in a breakthrough experiment that could revolutionize the way computers function.

Researchers used the entanglement property of quantum mechanics, known as “spooky action at a distance,” to teleport a particle. It’s a scientific property not even the renowned Albert Einstein could come to terms with it.

“Being entangled means that the two photons that form an entangled pair have properties that are linked regardless of how far the two are separated,” Dr. Wolfgang Tittel, a physics professor at the University of Calgary who was involved in the research, said in a press statement. “When one of the photons was sent over to City Hall, it remained entangled with the photon that stayed at the University of Calgary. What happened is the instantaneous and disembodied transfer of the photon’s quantum state onto the remaining photon of the entangled pair, which is the one that remained six kilometres [slightly less than 4 miles] away at the university.”

Quantum teleportation of a particle isn’t quite “Star Trek,” but it has several possible applications for computing.

“Such a network will enable secure communication without having to worry about eavesdropping, and allow distant quantum computers to connect,” Tittel continued. Tittel’s team was able to “beam up” the particle using a special dark fibre cable.

China launched the world’s first quantum satellite in August. Due to a quantum communications suite that works on a similar principle, the satellite is effectively “hack proof.” Single synchronized quantum particles are indivisible, meaning that any information sent with them cannot be duplicated. Additionally, any intrusion by a third party into the particle would inadvertently trigger a data transmission collapse.

The research was financially supported by a grant from the Urban Alliance, an American nonprofit.