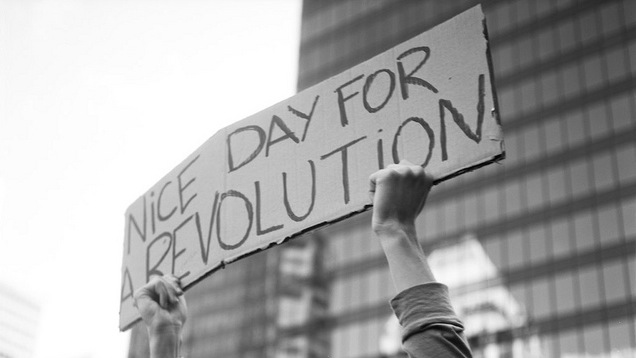 JACKSON HOLE, WY – A conference of rebel economists are set to gather in Jackson Hole, Wyoming this weekend to poke holes in the mainstream consensus of American monetary policy. While the US stock market is currently undergoing a roller coaster ride of downs and ups, a symposium of scholars and speakers at the Jackson Hole Summit plan on taking aim at the world’s central banking establishment, who will (not coincidentally) be gathering at their own annual conference nearby.

The Jackson Hole Summit, hosted by American Principles in Action, will be shadowing the Federal Reserve Bank of Kansas City’s event on the topics of “Inflation Dynamics and Monetary Policy.” The Kansas City Fed annually summons academic experts, financial market participants and central bankers to the mountain retreat. This year’s affair is receiving an unusual amount of scrutiny due to current market volatility, a coalition of “Fed Up” activists who will be present to protest racial inequality, and the simultaneous presence of the Jackson Hole Summit.

If all this sounds boring to you, go back to sleep. The adults will decide what to do with your money.

But the libertarian scholars of the Jackson Hole Summit aren’t the type of people who want to tell you what to do with your cash. The roster of intellectuals and politicos invited to speak will be offering free market crash course seminars and speeches, that will take aim at the current Federal Reserve’s policy of easy money, bailouts, and currency devaluation. These are the scholars and heavy hitting proponents of the modern libertarian movement, whose core philosophy of monetary policy can be summed up in just one word: freedom.

“The interesting fact is that what I have called the monopoly of government of issuing money has not only deprived us of good money but has also deprived us of the only process by which we can find out what would be good money. We do not even quite know what exact qualities we want because in the two thousand years in which we have used coins and other money, we have never been allowed to experiment with it, we have never been given a chance to find out what the best kind of money would be.” -F.A. Hayek, A Free Market Monetary System

Luminaries such as the Wall Street Journal’s Steve Moore will be side by side with popular Youtube celebritarians such as Julie Borowski. President of the Heritage Foundation Jim DeMint will present, as well as one of the world’s leading experts in “free banking,” George Mason professor Larry White. Professor White is an expert on the Austrian school of economics’ radical theory that people should be free to choose their own currency. To put it bluntly… ending the Federal Reserve system entirely.

Co-director of the Sound Money Project Judy Shelton writes that the event is being held: “Because it’s time to recognize the negative consequences of trying to steer economies by cheaping [sic] the cost of credit for government, big business and wealthy investors. Instead of ‘stimulating’ economic growth, central bank activism is distorting market price signals and misallocating investment capital.”

The event will be a “biting of the thumb” at the current Wall Street establishment, who must be feeling the heat as trillions of dollars in value are disappearing from global markets. These libertarian Bilderbergers, who are the elite sentinels in the advancing of free market, sound money principles, will be the ones to watch. It’s the Fed’s meeting that is going to be be boring. The Jackson Hole Summit promises to be anything but.

The event will occur August 27th-29th. The Libertarian Republic will be reporting on the ground, at the summit this weekend. Stay tuned for more journalism, interviews, and podcasts about the summit.

US Secrets At Risk After Ashley Madison Hack