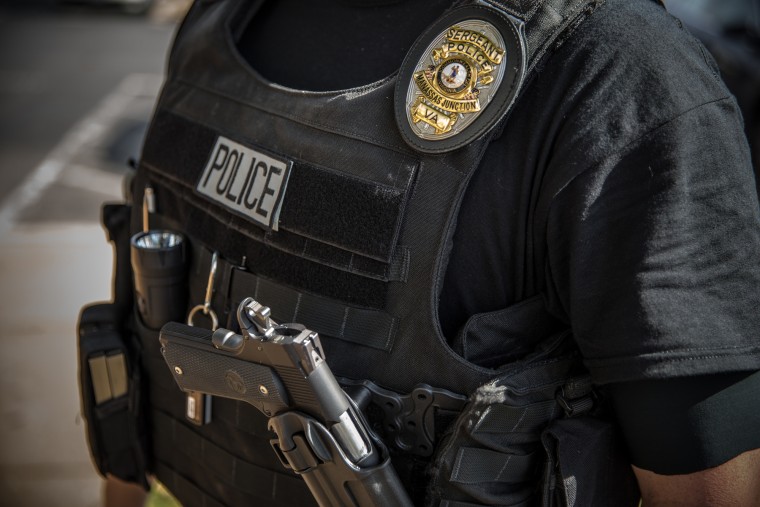 It was recently reported by the Washington Post that Virginia man Michael Youlen has created his own police force, the “Manassas Junction Police Department.” Youlen is the only officer in the Department. He gained his position by using a little-known provision of state law allowing private citizens to petition courts for the authority to carry a gun, display a badge and make arrests.

The occurrence of “special conservators of the peace” (SCOPS) has doubled in Virginia over the past decade to roughly 750, according to state records. The growth has been replicated nationally. Private police now commonly appear on corporate campuses, neighborhoods and museums, because the demand for private security has increased, while “traditional” public police services have been cut.

Still, there have been some incidents with SCOPs, and therefore, some concern. The Virginia legislature recently approved a bill which would increase the training and regulation of SCOPs. For example, the private officers would now be required to train for 130 hours, rather than the current 40.

These developments in Virginia and across the country should pique the interest of libertarians. We have long decried the abuse of authority by government police officers and asked for some sort of separation of interests of the legislature, judiciary and police. With the emergence of private police, there can be more accountability and less favoritism in the court system. With apparent injustices like the incident involving Eric Garner still fresh in most Americans’ minds, some divisions in power would be a welcome addition to our legal system.

As it stands now the government has a total monopoly on force. While there have been numerous efforts throughout American history to hinder the growth of the police state and protect civil liberties, public distrust of the police seems to be ever-increasing. Officers are placed in a difficult position: they must enforce laws passed down to them by the legislature. If they obey every detail, they run the risk of abusing power and stunting liberty. If they give some leeway, they could lose funds for their department or even risk losing their jobs.

A private police force could perhaps restore faith in authority. Just like any other free-market competitor, they would be accountable to the public. In order to remain employed, they would need to respond to the needs and desires of consumers. Therefore, injustice in a certain community could be more easily punished. When an egregious abuse of authority took place, locals could respond by removing their neighborhood from that certain police force’s watch. In an ideal capitalist situation, multiple police forces could even compete for the same customers, proving their worth in order to accumulate the most customers, and therefore capital.

Picture it as a subscription of sorts: certain houses could ask their friends and neighbors with which police they had the best experiences. Perhaps there would be a discount for insured subscribers, as opposed to those who would be willing to run the risk and wait only until the need came.

Like in any other government union, it is very difficult for police officers to be held accountable for their actions. It is for this reason why we all too often hear of police getting off scot-free who had apparently done wrong. Such a lack of trust in our officers can only do detriment to the law and the respect it should be granted. Free markets and competition could bring to police forces the same trust and understanding that we expect from our favorite retailers: if the product that they put out is adequate, we will come back for more. If not, we will demand changes, and the entity under scrutiny has the option to either adapt or stop existing.

7 Reasons Why Socialism Is Bad For The Environment