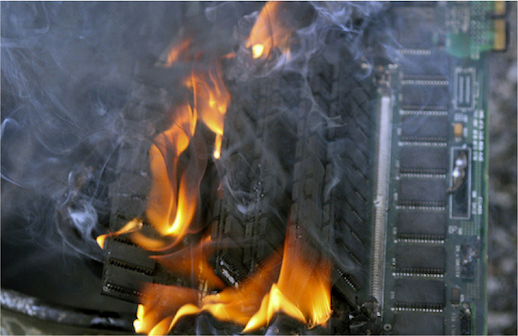 Ain’t that a shame?

The Wall Street Journal is reporting this morning that their spy center in Utah has suffered 10 meltdowns in the past 13 months from electrical surges. The report claims that they are using so much power in their domestic spying efforts that their data centers are getting killed. Thousands of dollars in equipment have been destroyed.

Arc fault failures, basically a flash of lightning, are causing fiery explosions, melting servers and destroying circuits in the center. The NSA spends $1 million a month and uses enough power to light a city of 20,000 people. Utah is the largest of several NSA data centers, another facility in Fort Meade, Md., cost taxpayers around $900 million.

“We did not find any indication that the proposed equipment modification measures will be effective in preventing future incidents,” said a report last week by special investigators from the Army Corps of Engineers known as a Tiger Team.

The NSA collects data on every American, including phone calls, emails and text messages. It also stores metadata, which is a record of everything people search for and their browser history. 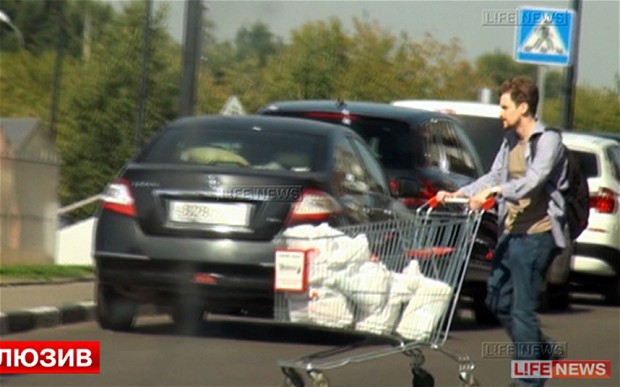 The National Security Agency has been under intense scrutiny since the revelations of the depth of U.S. domestic spying were revealed by whistleblower Edward Snowden. Snowden has reportedly been in hiding in Russia ever since he fled the United States after he leaked sensitive information from the NSA. The photo to the right is believed to be the first one taken since he went into hiding.

Obamacare’s First Victims: ‘I Was Laughing at Boehner — Until the Mail Came Today’ (VIDEO)