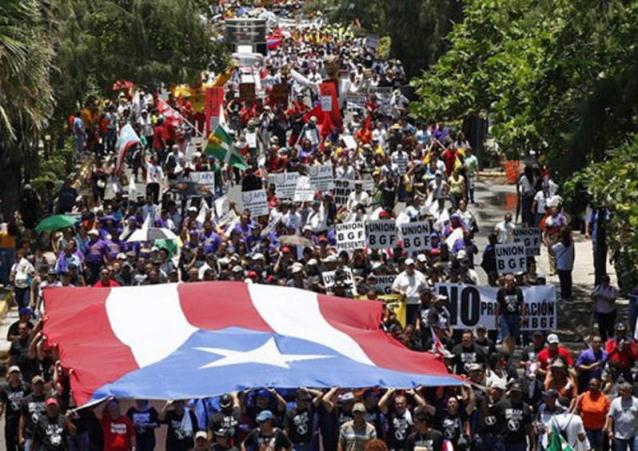 This was the alarming statement made by Governor Alejandro Padilla of Puerto Rico to the U.S. Senate. The worrying remarks from Padilla certainly seem accurate: Puerto Rico has more than $72 billion worth of debt —almost 100 per cent of its total annual economic output — and an estimated $30 billion shortfall in its state pension fund. Two of its government agencies have already defaulted, and its Development Bank, established to raise living standards on the island, looks almost certain to collapse.

The situation facing the residents of Puerto Rico is simply intolerable. Unemployment is soaring, half of the residents are on medicaid, and the poverty rate is a staggering 45 per cent. Utility bills are out of control, schools are being forced to close down, people are losing their homes, and the government is enforcing exorbitant taxes. Faced with such miserable and dire conditions, it is hardly surprising that Puerto Ricans are fleeing the island and heading to the mainland U.S. in droves.

The parlous condition of Puerto Rico’s economy and the misery being experienced by its citizens are the result of the federal minimum wage. Between 1974 and 1983, Puerto Rico was forced by the federal government to increase its minimum wage. This had a devastating impact on the Puerto Rican economy, the consequences of which have now reached crisis point.

Not only did the federal minimum wage result in mass unemployment and migration, it was also a huge contributor to the island’s debt crisis. For example, in order to decrease unemployment, the state created more and more jobs in the public sector. The state had to find a way to pay all its extra employees the new minimum wage, so it started issuing bonds to cover its budget shortfalls. As the private sector shrank even more, the state was forced to borrow ever greater amounts in order to deal with its stagnant economy.

Alarmingly, it is not just the poor people of Puerto Rico whose lives are at risk of being ruined. Two-thirds of U.S. pension and retirement funds hold Puerto Rican government and municipal bonds. They would potentially lose billions of dollars if the island defaulted.