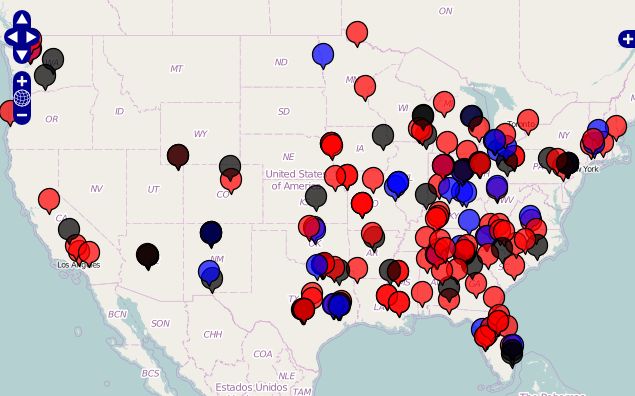 Gun carrying, private citizens who used their firearms to stop criminal attacks saved at least 283 potential victims — and potentially many more — in a period between July 2014 and July 2015, according to a Daily Caller News Foundation analysis.

TheDCNF concluded its analysis as President Barack Obama announced Tuesday another push by his administration to tighten federal gun control laws in an attempt to curb gun violence. While Obama quotes the more than 30,000 gun deaths in a year — omitting that 60 percent are suicides, 6 percent are gang related, 3 percent are accidents, and the vast majority of the rest occur in urban areas — TheDCNF found that several kids, the elderly, and a disproportionate amount of women successfully defended themselves against criminals by use of gun fire.

TheDCNF analyzed 195 random incidents where gun owners used firearms to save their lives,and often the lives of others. We wanted to know, not just how many perpetrators were killed, but how many potential victims were saved.

In the interactive graphic below, clicking demographics boxes will narrow your results to see specific data points. For example, see handgun incidents in Texas by clicking “TX” in the State category and “handgun” in the Gun category. Click on individual pins on the map for more details.

In one case, four Florida men put on masks and grabbed weapons in a planned burglary attempt of a Melbourne home in June of 2015. When one of the men came inside, he held a woman and her child at gunpoint. As the woman protected her child with her own body, the homeowner pulled out his handgun and opened fire on the robbers. The criminals fled, one injured, and the three victims were left unharmed.

The data shows that little less than a third of the people defending themselves with guns were women. Of the 173 cases where gender is known, 133 were male and 40 were female.

The most common age of a defender was middle aged, in their 40’s or 50’s. It’s also worth noting that of the 72 cases where the age of the defender is known, 15 defenders were elderly people over 60 years old and 10 were minors under 18 years old. They were most often defending themselves against adult males under 30 years old.

Phyllis Law, a 63-year-old Alabama grandmother, was a victim of multiple robberies to her home and had even boarded up her windows to keep thieves out. But in July of 2014, a male robber broke into her home, and Law hid with her 9mm pistol while her granddaughter hid in the close. Law told Fox 10 News that when the man came into her home, “I jumped up and just started shooting and he hollered and turned around and ran A lot of them come in people’s house, kill them, take what they want and leave. Like I said, not here.”

Young people used guns for self defense as well. In September of 2014, an 11-year-old Oklahoma girl awoke around 4 a.m. to find that a man had broken into her home and stabbed her mother. The girl grabbed a handgun and shot the man twice, saving her mother’s life. The mother said she had just taught the daughter how to use the gun for self defense the week before.

Gun carriers were able to defend themselves usually without killing the suspect. Of 217 suspects in our analysis, 148 survived their encounter with a gun carrier, whether they survived a gunshot wound or simply fled. The remaining 69 were killed, so more than half the suspects involved survived.

Most often, when people used guns to defend themselves, it was in the home. Of the 194 cases where location is known, gun owners used firearms to defend the home 114 times. They pulled the trigger in a place of business or in public about 40 times each.

In many cases, it’s unclear how many potential victims would be saved. For example, if a man robbed a convenience store at gunpoint but was stopped by a man with a gun, it may not be documented how many people were in the store who could have been harmed.

Handguns were by far the most popular firearm of choice for self defense, with more than half of defenders using them. The DCNF obtained the stories from gunssavelives.net and independently verified the data.

Neal Earley contributed to this report.