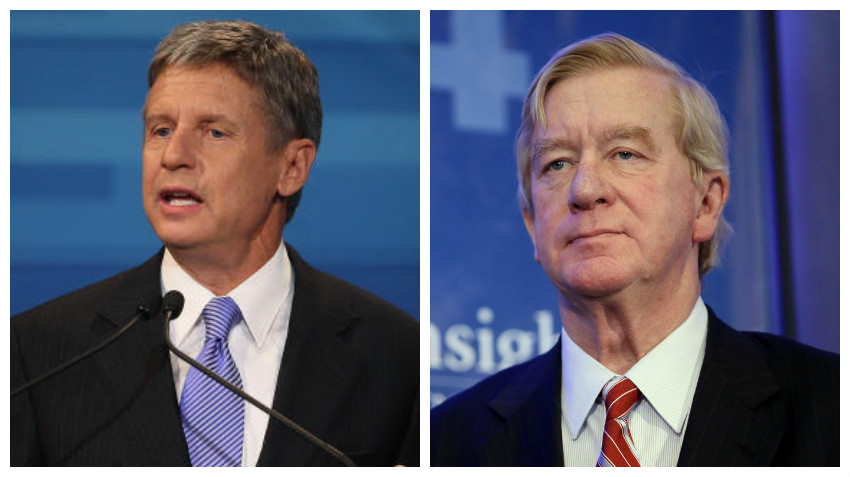 The Libertarian Party Has Nominated Johnson-Weld — What Next?

On Sunday, the Libertarian Party selected its ticket. Governor Gary Johnson as their presidential nominee, and Governor William Weld as their vice presidential nominee. I was there, and yes, I was on a different “team.” I watched both win on the second ballot, but not by large margins. Johnson only won 55% of the 928 votes, and Weld only 50.5%. Weld won because Johnson pretty much begged us to nominate him. This was not a mandate. This was what appeared to be a begrudging majority. I didn’t vote for either candidate and I’m not going to pretend I’m thrilled with the results.

The fact is, the Libertarian Party is experiencing some growing pains. This convention was the most attended in the party’s history. The world is actually looking at us, since the major parties have opted to choose some of the universally least likable candidates as their nominees. People are flocking in from the left and the right, and the LP is deciding what it wants to be when it grows up.

Choosing someone like John McAfee, as I preferred, would have been a statement on the sheer nonsense of the political process — how our politicians don’t represent us, how the system is rigged against the American people, and how wanting to be like the rest of the political class does dilute the principled message we believe at our core. Choosing someone like Gary Johnson says we’re trying to play the game, and we have faith that the system is eating itself up enough that we have a chance, if we just put up a moderate, non-extreme, non-offensive, safe option for Americans who cannot handle their other two choices.

Which one could work? I don’t actually know. Some of us are jaded enough to believe the system is too rigged and too corrupt to allow us near the presidency, and others think we just need to play their game. I’d say the people deluding themselves are those who think they know for certain which side is right.

However, the Johnson-Weld ticket presents an interesting opportunity. Johnson does have appeal to the left and the right. They aren’t “scary” to the mainstream world. They have executive experience, moderately libertarian views, and they’re trying to prove they can succeed by playing by the rules. Regardless of statements about being a “separate” campaign from the party, and regardless of the criticism that this ticket is just a Republican takeover, the fact is that Johnson is absolutely *more* libertarian than the other two options that will be on the ballot in November. I will vote for him because I want to see my Party succeed by those terms, if it’s possible.

Maybe it’s not possible; maybe everything is broken, but this is great year to find out. We have a perfect opportunity, and if Johnson-Weld can’t perform, maybe we’ll all learn for sure that we can’t win by playing by their rules. Maybe this is the way to convince the delusional that we did everything we could and we still lost or we barely made a dent — maybe this isn’t our game. Or maybe we win. I’m okay with being wrong if it means having Johnson in the White House over the other options on the ballot.

I once had a job that had what I considered to be a stupid process for selling their product. I asked to change the process and my boss asked me to try it their way first and see if I could find success. If my numbers still weren’t performing, he’d be open to trying a different way, but he refused to allow me to deviate from company policy until I’d tried and failed their way. So I did it. I did a month by their rules, and then tried a month by my own, and I presented the results of my A/B test. My boss allowed me to do things my way. I think of that story when I think of this election.

The delegates have spoken and we have our nominees. I’ll try playing by the rules and see where it leads us. I understand if other Libertarians can’t bring themselves to support this ticket, but I wish they’d reconsider. I know straight partisanship is not appealing within the libertarian movement, but I think of my former boss and I think: okay, let’s try your way, and when it doesn’t work and we tried our best, we can honestly say “I told you so” without having been a cause for the failure.

My biggest concerns regarding Johnson’s weakness as a candidate have less to do with ideology (though yes, we differ on things) and more to do with concern that he needs to improve his public speaking, debate skills, soundbites, and advertising. I also understand his desire to reach outside the Party to gain support, but I would be irked if he throws the party under the bus in order to get it. We have to deal with the fallout from his campaign after November, so I hope he doesn’t make that harder for us.

In the meantime, if you’re a member of the Libertarian Party who cannot stand this choice, regardless of whether or not you vote for the ticket, please do not leave the party. If you’re worried about a Republican takeover, the worst thing you can do is leave an empty space for them to fill. I left in 2008 after Bob Barr became our nominee, and returning in 2011, I felt the changes that had occurred while I was gone. Don’t give up your chance to impact the Party.

Also, please recognize that we have an incredible resource in Vote Different, which is providing support for all down-ticket Libertarian candidates. This isn’t just about a presidential election — as John McAfee said in his speech, we need to occupy the hearts and the minds of the American people with liberty. We need to support our local candidates and stay involved in the party to keep the conscience we know and we love. If you’re concerned about people changing what we believe, know that those who participate are those who create it. Please keep participating.

I completely understand if people disagree with my conclusion, and I’ll take “I told you so” in November with grace, since I’ll probably be saying it too. I know it probably comes as a surprise, because I tend to be pretty aligned with the Radical Caucus. However, I’m here for my party, the only party I’ve ever belonged to, the only party I’ve ever cared about. I’m here to help, I’m here to try, and I’m here to try something else if and when this doesn’t work, because I love libertarianism and I want us all to be as free as we can be. I hope you want that too.