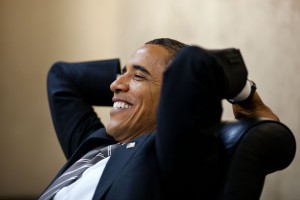 Michael Cerpok of Fountain Hills, Arizona might soon need to find a new job, just so he can afford to pay for healthcare insurance under Obamacare. Cerpok suffers from Leukemia, and requires ongoing treatment until the day he dies. In 2012 his medical bills were more than $350k, but due to his insurance then, he was only required to pay $4,500.

Now that will change.

On January 1st, he received a letter from his insurance that he would be dropped due to the new regulations under Obamacare. He’ll also probably lose his specialist doctor at the Mayo Clinic.  “Now it doesn’t mean I can’t go see my current doctor, but my $4,500 out-of-pocket, is going to turn into a minimum of $26,000 out-of-pocket to see the doctor that I’ve been seeing the last seven years,” he said. Cerpok stated that he hopes people realize that he’s making a big sacrifice so that others can have health insurance.

His family is going to see what their options are, and if necessary pick up new jobs.

Ever wanted to hug a lion? (VIDEO)