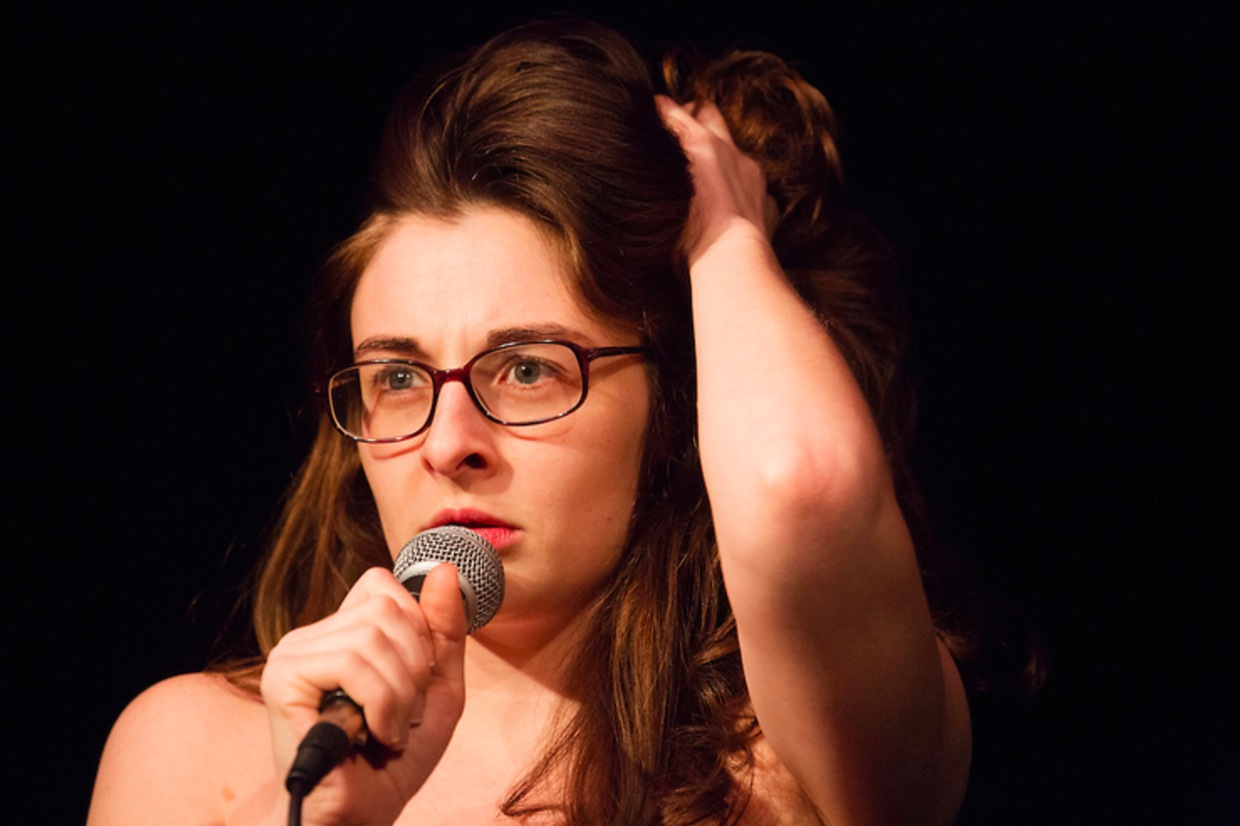 Kaytlin Bailey is a former sex worker, now a stand up comic, with a story to tell. Today’s episode of the Freedom Report podcast interviews Kaytlin about life as a high-end escort, and how it’s affected her relationships and career. Does she think that it’s ruined any prospects at finding “the one” man who will want to share his life with her?

Bailey recently published an article detailing her time as a sex worker, where an after school detention ended up costing her $1000 from a potential client. She describes her reasons for why she pursued the career at 17 years of age, and how it destroyed an intimate relationship with a man who couldn’t cope with her past.

I rejected the pervasive and perverse myth that when a man and woman go to bed together the woman gets up having lost something, and the man gets up having won something.  I thought it didn’t matter how many men I slept with, because I was still me.  And so I told him, and even though I hadn’t seen a client in over 6 years it broke his heart.  His whole body crumpled up, and he shook first with grief, then with rage.  He wanted so badly to make sense of me, to reconcile his love for me with things he thought he knew about “whores”.

Sometimes he would press me to give him the narrative of a desperate woman using her body as a last resort, or a victim of some horrific crime, or a stupid girl who got tricked into turning tricks.  He was enraged by the truth, and couldn’t accept that I had been curious and turned on by the idea.  I was not ashamed of what I had done until I saw what it did to him.  It drove him mad, and so I left him even though I believed that he loved me.  I left him because I knew that if I didn’t, he would kill me.  And after I left I believed for a really long time that he was right, that there was something fundamentally wrong with me.

After I left him I started telling my story; I wanted to see if people who didn’t love me as much as he did could get past what they thought they knew about being a whore.

Bailey’s new one-woman show “Cuntageous” is set to debut in NYC in July. It’s a review of her coming to terms with her former life, and how her perspective on relationships and sex were shaped by it. She says she’s unafraid now of revealing her past, and the show is an attempt to show the world that she’s unashamed, and unapologetic. Get tickets here.

Father Records Video Of Ex Wife Abusing His Kids. Guess Why He Didn’t Stop Her.

America’s Deadliest Jobs: Save The Lumberjacks