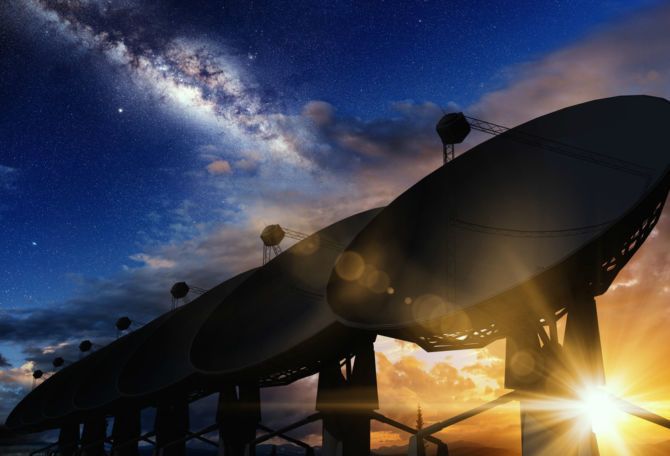 A Puerto Rico-based telescope detected strange radio signals from a distant solar system that could be from alien life, scientists announced Tuesday.

“We believe that the signals are not local radio frequency interferences (RFI) since they are unique to Ross 128 and observations of other stars immediately before and after did not show anything similar,” Abel Mendez, a scientist with the University of Puerto Rico who was involved in the research, wrote in a blog post.

“I have a Pina Colada ready to celebrate if the signals result to be astronomical in nature,” Mendez said.

Mendez believes the signals could be one of three things: A new kind of stellar emission, a radio signal from an unknown object, or a signal from a satellite in high orbit.

Ross 128’s signals are likely too dim to be picked up by most radio telescopes in the world, but scientists from the world’s alien hunting group, the Search for Extraterrestrial Intelligence, are trying to replicate these findings using other telescopes. The results of these observations should be posted by the end of the week, according to Mendez.

If the signals are confirmed by the other telescopes they may just be a new naturally occurring celestial body, not an alien civilization. Astronomers have discovered unknown celestial objects before that many suspected were aliens but were entirely natural in origin.

In 1967, a graduate student in astronomy, found an usual pulsing radio signal so predictable it seemed to be a sign of intelligent life. The astronomers even nicknamed the signal LGM-1, for, “little green men.” It was believed by some that they had detected a signal from an extraterrestrial civilization, but it turned out to be the first pulsar.

Most American AF Places To Visit Across The Country