The Libertarian Republic is a free market news, culture, and opinion magazine featuring the writing of prominent libertarians, conservatives, independents and sometimes democrats. The goal of TLR is to inform and educate citizens on important news stories from a perspective of economic freedom and personal liberty. We are non-partisan and devoted to the principles of liberty. 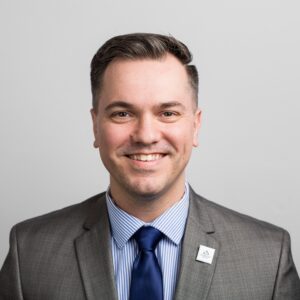 Petersen is a former Republican senate candidate in Missouri in 2018 and a former candidate for the Libertarian Party’s 2016 nomination for President of the United States, taking second place in a crowded primary behind Governor Gary Johnson, and ahead of cyber security maverick, John McAfee. Petersen earned many high profile endorsements in his run for the White House, including that of Mary Matalin, Erick Erickson, and Leon Wolf of RedState.com.

Petersen was the Director of Production at FreedomWorks and an Associate Producer for Judge Andrew Napolitano’s show, “Freedom Watch” on the Fox Business Network. Petersen built Judge Napolitano’s social networks, boasting millions of clicks a month.

Petersen owns The Libertarian Republic.com and turned it into a powerful online news source for the public. As a publisher and professional pundit, Petersen grew The Freedom Report and Wake Up America show podcasts into top audio news sources.

His work has appeared in Getty, Reuters, the LA Times, NBC and Time Magazine. His famous “Toy Gun March” and charity fundraiser was an international news story, raising thousands for the U.S. Marines charity Toys for Tots and making a pointed statement, with a satirical twist, about the importance of 2nd Amendment rights.

He is also a frequent contributor on television appearing on Fox News, Fox Business, and on dozens of local radio shows. Petersen appeared in Time Magazine for Microsoft’s 2005 infrastructure sales campaign, and represented designer 191 Unlimited’s premium summer fashion line. Petersen made his feature film debut as an Executive Producer through Stonegait with the famous science fiction novel Alongside Night, starring Kevin Sorbo. As a product demonstrator and Toy Soldier at FAO Schwarz in Manhattan, Petersen moved from the sales floor to management in six months, and was again promoted to the corporate office’s buying team less than six months later. He even appeared on the Conan O’Brien show.

Austin grew up on a farm in the Midwest in a town called Peculiar, Missouri. Graduating from Missouri State University in Springfield with a BFA in musical theatre, Petersen moved to New York City after graduation to a pursue a career in media.

Reporters must be precise with their words, headlines, and URLs. They must understand that words have power and act responsibly. In doing so, reporters must verify the information they gather. This includes identifying information such as names and positions, but also includes factual statements and accounts. Reporters conduct their own fact checking using their own judgment guided by the ethics policy. Every article is reviewed before publication by an editor. The Libertarian Republic will use fact checkers in certain circumstances it deems warranted.

It is The Libertarian Republic’s policy to acknowledge errors promptly. Mistakes should be called to the attention of Managing Editor Austin Petersen at austin@stonegaitllc.com