A Libertarian’s Perspective on Gun Control 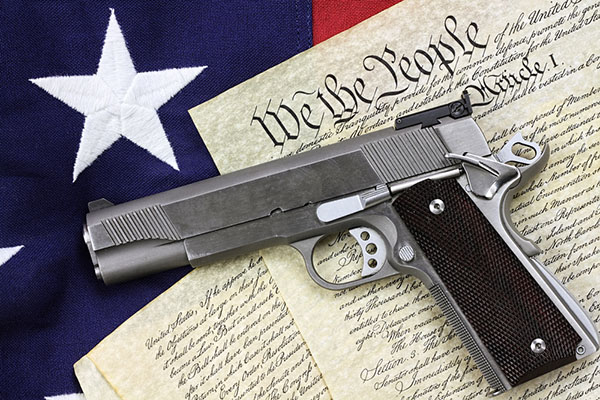 Gun control is a controversial subject. Many people support it to a certain extent, with some going so far as to call for completely outlawing civilian ownership of guns. The purpose of this article is to add some facts, logic, history, and a libertarian perspective to the conversation.

To start, gun rights advocates typically cite the Second Amendment to the United States Constitution as a defense of gun rights. The full text of the Second Amendment is as follows: “A well regulated Militia, being necessary to the security of a free State, the right of the people to keep and bear Arms, shall not be infringed”. Many gun control advocates believe the Second Amendment restricts gun ownership to members of a militia. For argument’s sake, let’s assume that’s correct. The question that naturally follows is what is a militia? Fortunately, there are several legal documents that answer this question. The Militia Act of 1792, which came about shortly after the adoption of the Bill of Rights, defines a militia as “each and every free able-bodied white male citizen of the respective States, resident therein, who is or shall be of age of eighteen years, and under the age of forty-five years (except as is herein after excepted)”. The modern definition of a militia originates in the Militia Act of 1903, which defines it as “…every able-bodied male citizen of the respective States, Territories, and the District of Columbia, and every able-bodied male of foreign birth who has declared his intention to become a citizen, who is more than eighteen and less than forty-five years of age…”. From here, an argument could be made that the Equal Protection Clause of the Fourteenth Amendment would prohibit restrictions on gun ownership for anyone not considered to be in the militia.

But the question of what constitutes a militia is largely irrelevant. In this NSFW clip, Penn and Teller explain how being part of a militia is not a requirement for gun ownership. Along similar lines, understanding the wording is important when it comes to the term “well regulated”. Many believe this refers to regulations of weapons, but in context, it’s clear that it refers to regulations of the militia.

Ok, but what about the age of the Second Amendment? Doesn’t it only protect guns that were around at the time it was adopted? For one thing, that type of question is never asked of other Constitutional amendments. Nobody thinks that the First Amendment only protects old English written with quill pens, or that the Fourth Amendment allows for seizure of objects that didn’t exist at the time the amendment was adopted. Further, while even many supporters of gun rights believe that the only guns in existence in the time of the Founding Fathers were single-shot muskets and flintlock pistols, the fact is that there were several types of advanced weapons in use at the time. The Founding Fathers were intimately familiar with the guns of their time and how they had improved over the previous several hundred years, and they were intelligent enough to realize that guns would further improve over time. Further, they didn’t include anything in the Constitution that limited gun owners to the weapons of one particular time in history.

Many libertarians also use property rights as a defense of gun ownership. Libertarianism rests on a foundation of property rights based on homesteading (which is mixing our labor with unowned resources to gain ownership of them) and legitimate title transfer (trading with someone, receiving a gift, or obtaining abandoned objects), which are themselves based on self-ownership and individual sovereignty. Our individual sovereignty allows us to do as we like with what we legitimately come to acquire as long as we don’t violate anyone else’s rights with it. When it comes to guns, this includes those who harvest the raw materials necessary for building guns and sell them to gun manufacturers, the drivers used to ship the guns to gun sellers, and those who purchase and use the guns. Thus, there exists both a Constitutional right and a natural right for everyone to own and use guns.

A question commonly asked by gun control advocates is “Why do you need a gun?” For one thing, when it comes to practicing our rights, we don’t need to explain our reasoning to or gain permission from those who disapprove. Next, many people carry guns because a cop is too heavy and when seconds count, police are only minutes away (ten minutes away on average). In comparison, even inexperienced shooters can still fire several rounds in one second. If your life was in danger, would you rather wait ten or more minutes for help to arrive or have immediate access to a tool that could stop the threat?

This brings us to the subject of mass shootings. Every shooting is followed by calls for stricter gun control laws, but is that really the answer? Are guns just too easy to get and therefore loose laws are responsible for all those deaths? Discussions about shootings often leave out some incredibly important details. The most significant detail that gets left out is the fact that violent crime and crime involving guns have gone down over the last several decades. Those who think violent crime has increased are likely mislead by the media constantly showing violence, making crime appear to be higher than it was in previous decades. And although the media will predictably show examples of unarmed people being killed, it’ll almost never show examples of armed people fighting back.

Aside from the decline in violent crime, perhaps the most important point about these shootings is that they often occur in gun-free zones. The relatively recent shooting at the Pulse nightclub in Orlando, Florida is a perfect example of this. Florida state law prohibits those with a firearms license from carrying guns into a facility that serves alcohol, which left the patrons of the club vulnerable to attack. And for anybody who’s concerned about the idea of people carrying guns into places that serve alcohol, check out this short video that discusses a designated defender concept similar to the widespread designated driver concept. On a positive note, since the shooting, several gun ranges started offering free services to LGBT people so they might be better protected against future attacks.

Let’s talk more about gun control laws themselves. Let’s revisit Penn and Teller once more as they talk about how gun control laws failed to stop the Columbine shooting. Another mass shooting, the shooting at the Colorado movie theater in 2012, occurred in a theater chosen by the shooter because it expressly prohibited guns, in contrast to the many nearby theaters that allowed guns. These are just a few of the many instances of shootings that have occurred in gun-free zones.

A somewhat funny example of gun control laws in action is a journalist who attempted to prove how easy it is to get a semi-automatic weapon after the Orlando shooting only to be denied the sale due to past alcohol abuse and a domestic battery charge. His efforts show that legally obtaining a gun isn’t nearly as easy as many gun control advocates say it is.

Gun control laws vary greatly among states. California and New York have some of the most restrictive laws, including laws regarding carrying guns. Vermont, the state with the least restrictive gun laws, where no permit or license is required to purchase or carry a gun, still has state restrictions on where guns can be carried (they are prohibited in state institutions), and federal regulations are still imposed. Thus, there is no state that fully respects the right to keep and bear arms as described in the Second Amendment.

In Texas, lawmakers have responded to the threat of school shootings by allowing college students and teachers to carry guns on campus, and at least one school district has posted a sign stating that teachers may be armed to protect the students. Since increased gun control efforts have failed to stop school shootings, this is certainly a refreshing change of pace. It’s a much better course of action than banning teachers, faculty members, or security guards from carrying on campuses, which effectively leaves everyone defenseless in the event of a shooting and with few options other than to hide behind furniture, look desperately for a safe exit, and pray the shooter doesn’t get to them before the police arrive.

The problem is that gun control laws don’t stop criminals from getting guns because criminals by definition don’t obey the law. Liberals, who typically call for some degree of gun control, generally recognize the failure of drug prohibition to reduce drug use or lower crime rates, but somehow think that gun control will reduce violent crime and lower the murder rates. Those who do obey restrictive gun laws become vulnerable targets for violent criminals, which is why many people carry illegally in case they’re threatened; the saying “It’s better to be judged by twelve than carried by six” explains their willingness to break the law in order to protect themselves.

Oddly enough, many politicians who support gun control, in addition to often making terrible arguments for it, are surrounded by armed security guards. It’s almost as if they know that gun control doesn’t stop bad guys from getting guns or do anything to help disarmed good guys when the armed bad guys show up looking for trouble. Naturally, their calls for more gun-free zones while being constantly protected by men with guns make them total hypocrites. If they truly believe that gun control works and that civilians should be disarmed, they should first give up their own armed security. Of course, nobody expects them to do this, because everybody knows that they’d be easy targets if they did. Yet somehow, many people fail to realize that creating gun-free zones makes those areas easy targets.

With the repeated failures of gun control laws to prevent shootings, the sensible thing to do is to examine alternatives, such as those discussed above. The illogical thing to do is to think that more gun control laws or different types of laws will work. Just as it would be illogical to think that the failure to extinguish a fire with gasoline was due to an insufficient amount of gasoline or the wrong type of gasoline.