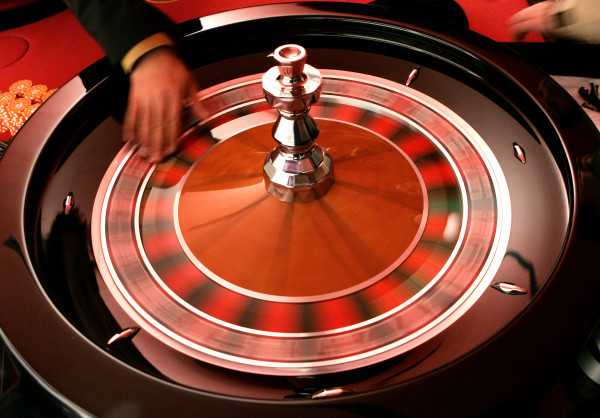 August was a great month for the gaming industry in Atlantic City. The state Division of Gaming Enforcement announced the total revenue was $286,480,341 – an increase of 13% compared to the same month of the last year.

Online gaming and sports betting had a big impact on a double-digit percentage increase in gaming revenue for the nine Atlantic City casinos in August.
The whole summer was very successful for the gaming sector in the form of revenues that made quite an impact on the state’s economy.

James Plousis, chairman of the Casino Control Commission, believes that these results are showing an increase in Atlantic City’s offerings, as well as goals of operators to adjust in a competitive environment.

Since this is the 15th consecutive month of gaming revenue increase for AC casinos, the monthly revenue results showed an overall positive trend for Atlantic City, according to Rummy Pandit, executive director of the Lloyd D. Levenson Institute of Gaming, Hospitality, and Tourism at Stockton University.

“Overall, Atlantic City continues to demonstrate strong gaming revenues compared to 2018, indicating a consistent growth within its market segments and further strengthening its position as a premier destination resort on the East Coast,” said Pandit.

Steve Callender, president of the Casino Association of New Jersey, states that 2019 was a strong follow-up to 2018, with openings of two casinos and the launch of legalized sports betting in the resort. In his own words, the summer of this year was among the most productive in Atlantic City’s recent history:

What Atlantic City Casinos Have To Report?

Eight of the nine Atlantic City casinos reported increases in total gaming revenue for the month of August. The lone exception has been Harrah’s Resort Atlantic City, which saw a slight decline (0.9%) of $299,251.

Here’s the ranking of the AC Casinos by their total gaming revenue in August 2019:

Borgata Hotel Casino & Spa was an unprecedented leader, with the highest revenues amongst Atlantic City casinos for the previous month – almost $72 million in overall gaming revenue, including a record-setting period of slot machine win of $52 million revenue.

Casino’s officials stated summer 2019 was the best in the property’s 16-year history, with July being its record-breaking month. The management is looking forward to continuing this trend into the fall.

“We are thrilled with the record-breaking success Borgata has experienced throughout the summer. Bolstered by significant capital expenditure, strategic gaming promotions and unparalleled guest service displayed by our team members, Borgata enjoyed its highest three-month stretch of gross gaming revenue in the property’s 16-year history”, said Marcus Glover, president, and chief operating officer of Borgata.

While August was an excellent month for the casino, it didn’t beat the record set in July with $88 million in total gaming earnings.

However…
…with regards to the whole summer, this operator was the biggest contributor to the AC overall gaming revenues.
The Borgata has a big plan for its income since a huge part of its earnings will be reinvested in the property. Due to record revenues, the casino will spend millions for the renovation of its estate.

August was definitely a great month for nine Atlantic City land-based casinos, with the Borgata Hotel Casino & Spa as the biggest contributor.

Things are looking up for online gaming as well.

This front has managed to gather $41.1 million in revenue in August. This is a significant number since it marks the first time when the amenity has topped the $40 million mark in a single month since internet betting was legalized in New Jersey in 2013.

While Golden Nugget ranked at seventh place, it was the operator who generated the largest portion of online gaming revenues in the past month. Along with its partners, the resort remains at the throne as the market leader in internet gaming.

The group has generated $15 million in revenue last month, an increase of nearly 84%.

Despite only having been legal since June 2018, Sports betting in New Jersey accounted for $11.26 million in revenue last month. That is a major increase of 115% to August 2018!

Lead sports betting analyst for PlayNJ.com, Dustin Gouker, said that the state sports betting section has continued to grow at a faster rate than initially expected:

“With new operators launching in September and the NFL season in full swing, New Jersey’s upward trajectory should continue, even as neighboring Pennsylvania expands online sports betting”, he explained.

When considering the numbers of June, July, and August, it is evident that summertime was very successful for the international gaming industry in Atlantic City.

The total gaming revenue from the three-months period is showing a significant increase of 11.6% to the same period in 2018.

Borgata continues its reign as the highest revenue-generating property, beating its own records. Its revenues were more than double than the incomes of the rest of AC land-based casinos.

Sports betting is getting more popular amongst the players, considering August of 2019 showed a 115% revenue increase to the same month in 2018. Online gaming is also on the rise, with Golden Nugget and its partners as the leading force.

If AC casinos continue in this direction, increase or at least maintain the revenue numbers, the future is looking good for the city’s gaming scene.

Putin Jokes That Russia Will ‘Definitely Interfere’ With 2020 Election

The Complete Guide to Know Before Launching a CBD Brand