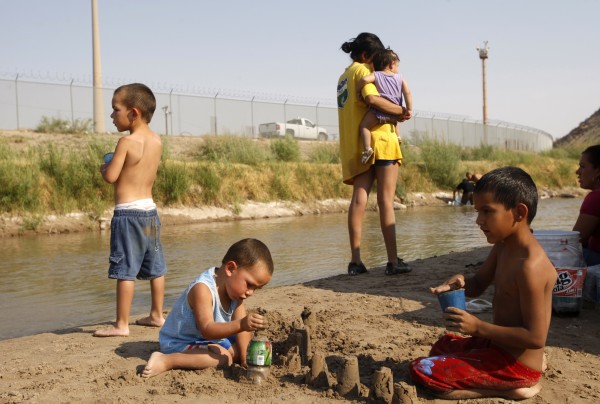 Up to 120 Children Cross the Border Every Day

Last year the LA Times reported that up to 120 children try to cross the border every day. The numbers of Mexican children fleeing has held steady, while there has been a dramatic surge in the number of children leaving Central American countries Guatemala, Honduras, and El Salvador. These countries are plagued by gang violence, with children fleeing from gang recruitment and poverty.

With no money to travel, children cling to the tops of railway cars on their way up through Mexico, but the ruthless Mexican drug cartels control the railways. If the children are carrying the phone number of a relative, the gang will hold the children for ransom and kill them unless the families pay.

Some children make it to the border alive only to be caught by border agents. Most are turned over to the Office of Refugee Resettlement while authorities figure out whether to place the children in foster care, hand them over to relatives in the U.S., or return them to their home countries. They are kept inside at all times, and can only leave for doctor’s and mental health appointments. In Texas, 72 children were removed from one of these homes due to allegations of sexual abuse.

Until conditions improve in Central America, this problem is likely to continue and worsen. In fiscal year 2011, ORR had 53 shelters that housed 6,560 kids. In 2012, those numbers increased to 68 and 13,625; in 2013, there were 80 shelters and 24,668 unaccompanied children. Most get deported, and will likely try to make the harrowing journey again, fearing retribution from the gangs they did not want to join.

Illegal immigration was strongly argued against by renowned libertarian economist Milton Friedman. He reasoned that in a welfare state, free immigration is not sustainable and would drive the country downwards.

Illegal immigration at the US Mexico border is a primary source of the government’s attention. With 21,000 officers, the U.S Border Patrol is one of the largest law enforcement agencies in the United States, and has contributed to a 40-year-low in illegal immigration. Despite these lower numbers, the amount of children being picked up at the border has actually been steadily increasing.