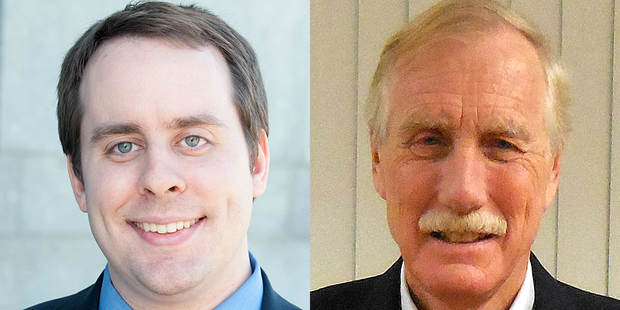 Maine State Senator Eric Brakey has been called the next coming of Rand Paul; and he is bent on joining the libertarian-leaning Senator by overcoming Maine’s Senator Angus King (I) in the 2018 midterm elections.

The 28 year old two-term state senator worked for Ron Paul‘s 2012 presidential campaign and championed causes such as gun rights and welfare reform, while also breaking from his party for his support of marijuana legalization and opposition to mass surveillance.

“I am proud to announce that I am running for the United States Senate to lead the charge in returning power back to the American people,” said Brakey in a statement. “For far too long, career politicians in Washington like Senator King have maintained power with empty promises and insider deal-making.”

Senator King is facing an attack on two fronts. Despite being an independent, he caucuses with Democrats. However, he voted with in lines with Trump’s agenda almost 50 percent of the time, according to FiveThirtyEight. A progressive challenger from the Bernie Sanders wing of the Democratic Party could possibly attack King for being insufficiently progressive.

In addition, King will be under attack from conservatives due to his lackluster conservative record. He has a 3% from the Conservative Review and will be barraged by his opposition to Trump’s Supreme Court pick, Judge Neil Gorsuch.

Brakey will be the underdog.  But he’s been deemed the “political wonderkid” and a good fundraiser. The Senate seat is not guaranteed for King despite his high approval rating.

No CNN, We Shouldn’t Trust James Clapper or the Surveillance State