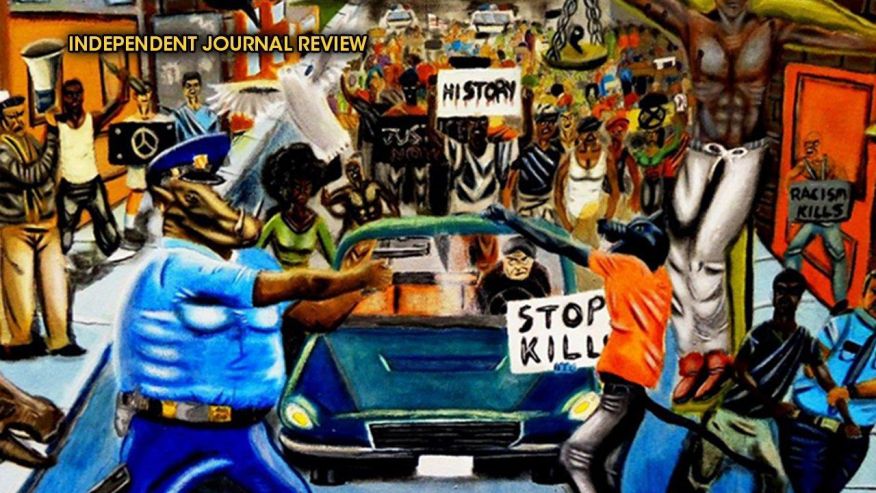 Missouri Democrat Rep. Lacy Clay is suing the Architect of the Capitol for removing a painting depicting police officers as pigs that hung, arguing its removal is a violation on the artist’s right to free speech.

The painting, which was selected to hang in the tunnel leading from the House buildings to the Capitol as part of the annual Congressional Art Competition for high school students, was taken down in January after House Speaker Paul Ryan ordered its removal.

“This case is truly about something much bigger than a student’s painting. It’s about defending our fundamental First Amendment freedoms which are currently under assault in this country,” Clay, whose district includes part of Ferguson, said Tuesday, according to The Hill.

A number of GOP lawmakers repeatedly removed the painting and placed it in Clay’s office before it was officially taken down.

Mattis Issues Memos To Cut Down On Waste At The Pentagon