“You’re gonna be walking away from this money and abandoning it,” says officer.

“That’s not yours, is it?” the Humboldt County deputy can be heard asking a pulled-over motorist. “That’s mine,” the driver replies.

In a newly released dashcam video, a Nevada officer can be heard bullying and berating driver Tan Nguyen into handing over his cash. When Nguyen claims that he got the money in Vegas, the deputy replies “Good luck proving it. You’ll burn it up in attorney fees before we give it back to you.”

The deputy ultimately offers to release Nguyen if he hands over the money to him. Otherwise, he says, he will seize Nguyen’s car and cashier’s checks.

“If someone with a gun stops you and demands your money – would you call police?” asks one.

“What if the person who demanded your money was the police?” the other KLAS-TV anchor asked. 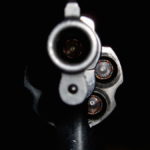