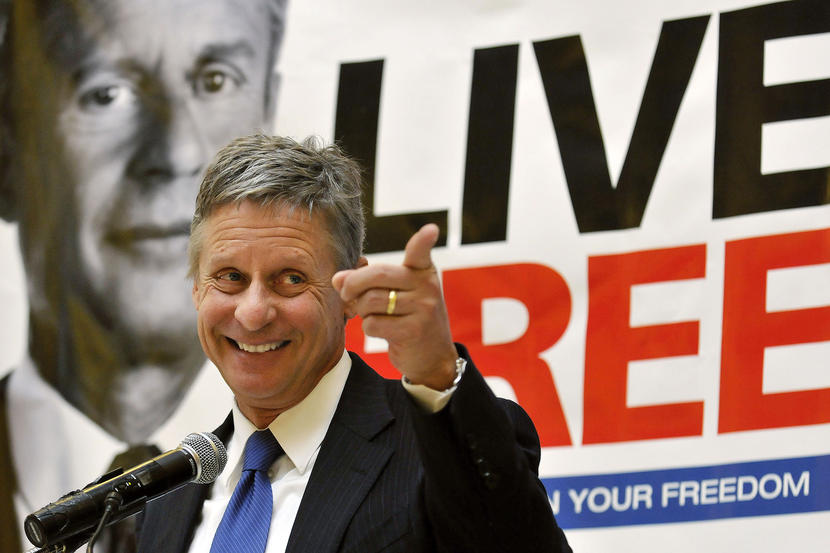 One of the keys to getting elected as President of the United States of America is to first participate in the presidential debates. However, actually getting into the debates has almost always been a problem with “third party” candidates.

Gary Johnson, who is currently the closest by far to reaching the minimum debate commission requirements of 15% in polling, filed a lawsuit in September of last year to include both Libertarian and Green candidates in the debates. But the lawsuit may not be necessary for Gary Johnson to be included after all, as CNBC reports that Frank Fahrenkopf, co-chairman of the Commission on Presidential Debates, suggested the commission:

… might consider giving an inch to a third-party candidate who is close enough to the cutoff point.

This is following Republican Nominee Donald Trump’s complaints about the debates using the term “rigged”, even though the commission set the debate schedule over a year ago.

As usual, Hillary & the Dems are trying to rig the debates so 2 are up against major NFL games. Same as last time w/ Bernie. Unacceptable!

Trump is complaining about two scheduled debate dates while the “minor” parties have complained for decades that there is an active effort to keep them out of the debates entirely, especially after recently raising the requirements to 15% in polls while commonly being unmentioned in the actual polling. Trump has enjoyed the republican party’s “major” party status, to always being mentioned in the polls, and yet voices dissatisfaction beyond the privileged polling to the debate commission. However, he may have triggered the commission to show some leniency to a “third party” in response to a growing concern of “minor” parties feeling “blocked” from the debates. This act of good faith may actually help put out some of the negative images the bipartisan commission has received concerning a “rigged” system for many others if this reach is actually extended to include a “third party” candidate.

.@realDonaldTrump should insist @GovGaryJohnson and @DrJillStein be included in any televised debate

However, Trump may not want to share the debate stage with what he describes as “fringe” candidates. If he’s complaining about two dates, wouldn’t he also complain about sharing his speaking time? It appears the commission’s more important concerns may be to become more generous to “minor” party complaints rather than a couple of dates that were scheduled over a year ago. Also, it may be considered less “rigged” if there was a future tripartisan, rather than just a bipartisan commission consisting of only the two current “old” parties.