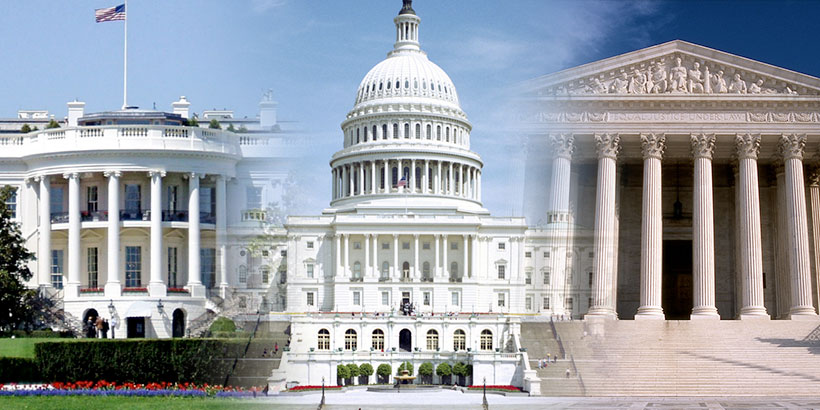 At the Democratic National Convention last night, President Obama took the opportunity to reflect upon his administration in front of a friendly audience. Unsurprisingly, the president gave himself high marks for his performance, commending the progress made on healthcare, the economy, and the environment. While I disagreed with most of the substantive policy points the president made, I would not completely agree with the conservative pundit class that his presidency was a complete an utter failure, either.

What President Obama’s time in office represents is a vindication of the founder’s vision of divided government. The division of powers within the federal government has been the primary reason that neither party has been able to achieve its goals for the past six years. An examination of the Obama administration in its entirety clearly reveals this to be the case.

Obama’s biggest legacy is and will always be the Affordable Care Act (ACA). The legislation, affectionately or pejoratively named ObamaCare, passed at a time when the Democrats controlled the White House, the U.S. Senate, and the House of Representatives. Despite overwhelming control of the legislative and executive branches,  Democrats had to resort to obscure parliamentary procedures to pass the bill with a bare minimum number of votes.

For all intents and purposes, we have been living with a divided federal government since 2010. From a strictly legislative standpoint, the Obama Administration’s success began and ended with the ACA. Since then, no major bill has become law that has changed the status quo in the United States.

Does that mean the Obama administration has been silent? Absolutely not. President Obama has attempted to circumvent Congress on numerous occasions with executive action on appointments and immigration.

But even there, the president has been stonewalled by the courts. In 2014, the Supreme Court ruled unanimously that the president was out of bounds with his recess appointments in the case of National Labor Relations Board v. Noel Canning. As I type, a similar challenge to the president’s immigration executive order from the state of Texas is working its way through the court system after favorable rulings from the lower levels.

Obama’s Supreme Court has also been remarkably divided. During the majority of his terms, the court was split with four conservatives, four liberals, and a moderate. While this combination has led to many poor decisions (NFIB v. Sebelius comes to mind), there have also been many liberty-minded decisions in favor of criminal justice rights, same-sex marriage, and limiting executive bureaucracy (the EPA).

Overall, the past six years have been relatively uneventful. We have not had a major tax increase or asinine regulation; we have not engaged in a new full-scale war; gun rights -holistically- have remained in tact; and we have not expanded government at rates on par with other progressive presidents like FDR and LBJ.

The gridlock, which has brought President Obama a great deal of frustration, must be attributed to the system established by our founders that tossed aside efficiency for the protection of liberty. Because of the intense division, the government has not really been able to do much of anything — and to me, that is beautiful.

While I plan to vote for Gary Johnson in 2016, what I pray for more than anything is that our federal government continues to be split between the two major parties. The only way this gridlock could get any better would be if Congress exerted more of its constitutional authority, limiting the executive’s ability to act unilaterally even further.

Inadvertently, the outgoing president made a similar point. In the conclusion of his speech, when talking about Donald Trump, Obama said,  “America has never been about what one person says he’ll do for us.  It’s always been about what can be achieved by us, together, through the hard, slow, sometimes frustrating, but ultimately enduring work of self-government.”

If nothing else, let us as libertarians root for division in 2016; because a government that can’t get on the same page is one that is less capable of taking our liberties.

Uber Is Now Legal In China, But What About The US?

This Temporary Tattoo Tells Your Phone How Drunk You Are