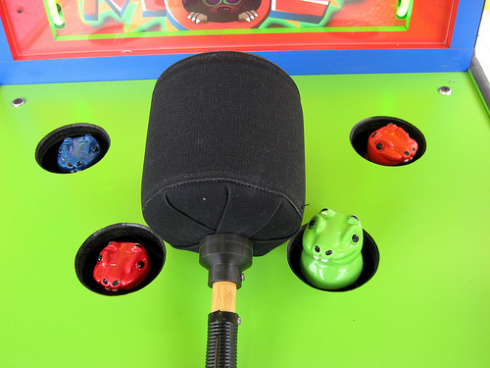 Senator Ted Cruz (R-TX) gave a nice, clean beatdown of hecklers during a recent speech at the Value Voters summit. Cruz had launched an attack on Obamacare, calling it a ‘trainwreck’ and a ‘disaster’, causing a small group of hecklers to try to shout him down.

Cruz smoothly chided the group, “It seems that President Obama’s paid political operatives are out in force today,” and “I’m curious, is anybody left at the Organizing for America headquarters?” When they continued, he popped them right back: “I’m actually glad that the president’s whole political staff is here instead of actually doing mischief in the country.”

Cruz’s speech comes at a time when the rancor between the grassroots conservatives and libertarians with the establishment is at an all time high. Top establishment Republicans such as Senator John McCain (R-NV) and Peter King (R-NY) are on the warpath against Cruz, claiming that his strategy against Obamacare was based on false hope and that “no one has done more to strengthen Obamacare” than him.

Senator Cruz is one of the leading potential candidates for the Republican nomination for president in 2016, placing sixth with his Tea Party ally Senator Rand Paul (R-KY) in first.