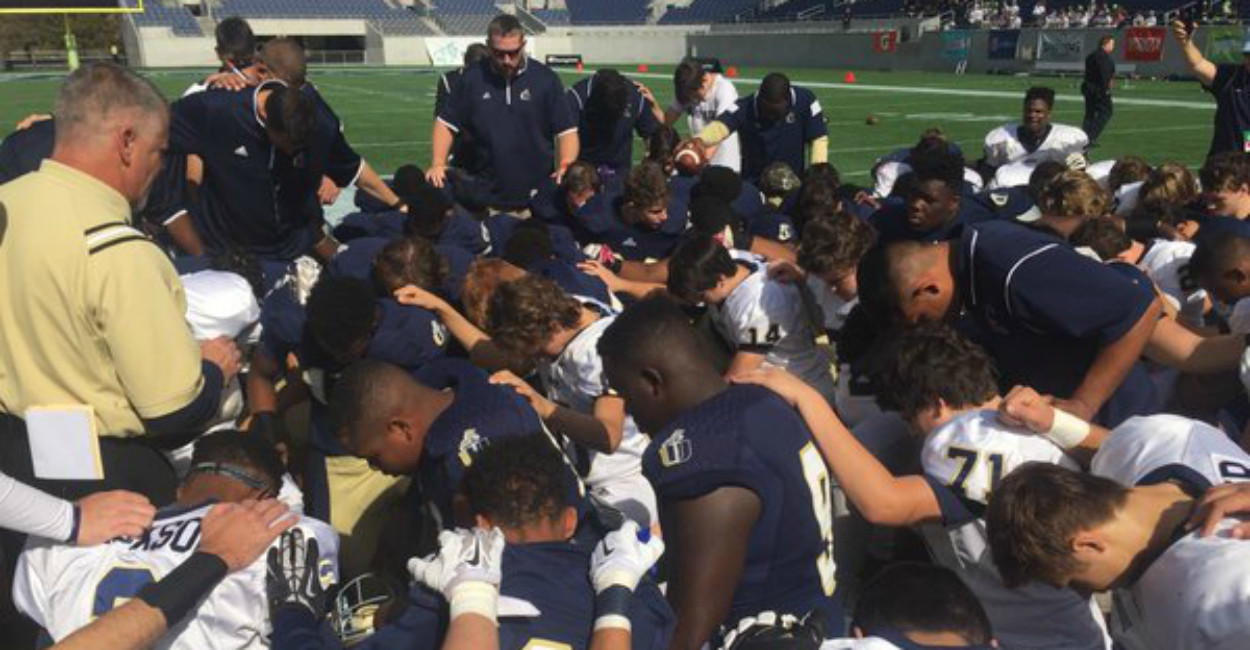 When two private Christian schools convened to compete for the state championship, Florida officials denied their request to pray.

One of the schools — Cambridge Christian — is now suing the Florida High School Athletic Association (FHSAA), claiming the decision to deny students the ability to pray violates both the state and federal constitutions, as well as the Florida Religious Freedom Restoration Act.

Prior to the game, students at each school, Cambridge Christian and University Christian, agreed to a joint religious observance before the game began. The size of the venue required the use of the stadium PA system. The FHSAA denied their request, telling the schools that state assets could not be used for religious speech. (RELATED: Christian Coach Suing School That Demanded He Stop Praying)

“First is the fact that the facility is a public facility, predominantly paid for with public tax dollars, makes the facility ‘off limits’ under federal guidelines and precedent court cases,” FHSAA director Roger Dearing wrote. “Second, is the fact that in Florida Statutes, the FHSAA (host and coordinator of the event) is legally a ‘State Actor’, we cannot legally permit or grant permission for such an activity.”

Though the U.S. Supreme Court bans school officials from organizing prayer at such events, students may lead and coordinate such a religious observance. Members of both teams said a prayer before the game began, but onlookers in the crowd did not participate due to the logistical challenges.

“This is a clear case of governmental interference in a private school’s right to exercise its religious freedom,” said Senior Counsel for First Liberty Institute Jeremy Dys in a press release Sept. 27. First Liberty is the public interest law firm representing the school. “Pre-game prayer is not only a long-standing tradition for Cambridge Christian; it is fundamental to its reason for being,” said Dys.

The FHSAA has not yet commented on the suit.