During the talk, the Judge made a statement regarding the late Justice Antonin Scalia.

“Justice Scalia told me that he often thought the court was being surveilled. And he told me that probably four or five years ago…If they had to unmask Senator Paul’s name to reveal a conversation he was having with a foreign agent and the foreign agent was hostile to the United States they can do that. That’s not what he’s talking about. They’re talking about unmasking him when he’s having a conversation with his campaign manager when he’s running in the Republican primary.”

This follows the President’s claims that he was wiretapped by the Obama administration and Sen. Paul’s inquiry into whether or not the administration did the same to him or other members of Congress. 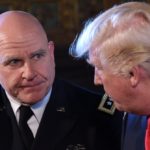 Study: A Lot Of Liberals Won’t Read Dissenting Opinions Even If You Pay Them