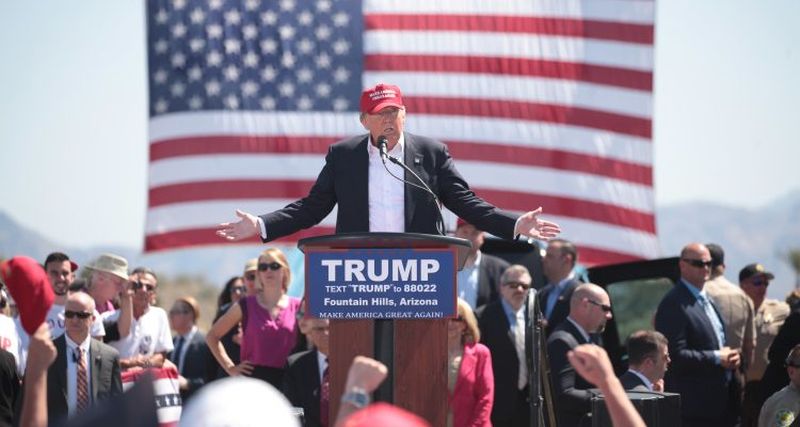 There are a lot of things about the Republican Party in 2016 that are a cause for alarm. But for the most part, the RNC and party elites have tried to tamper down Trump’s nationalist revolution that has infected the party. However, with the convention upon us, it appears that party elites have sold out and are now all-in for making America great again.

While Trump won the nomination ages ago, the heart and soul for the GOP has still been up for grabs. The real battle has been in the draft room for the platform, where the ultimate indicator of a party’s direction lies. Many were holding out to see if some of the Republican foot-soldiers could score a victory for those who believe in economic liberty and free trade.

Well, now the results are in; and they are not very good.

In what looks like a Republican Platform from the 1930s, the policy wonks have kowtowed to Trump on trade declaring a desire for an “America First” trade policy.  In dangerous phrasing that sounds like something straight out of The Art of the Deal, the RNC wrote, “We need better negotiated trade agreements that put America first…Republicans understand that you can succeed in a negotiation only if you are willing to walk away from it.”

Oh, how far the party has come since the days of Reagan. Reagan was a big fan of free trade and addressed the country on the issue in 1987.

“I don’t believe the American people are afraid of competition,” Reagan said. “The way up and out of a trade deficit is not protectionism, not bringing down the competition, but instead the answer lies in improving our products to increase our exports.”

Not only is the party calling for a return to depression era trade policy, but also a return to depression era national regulation. Somehow, the RNC came out in favor of a return to the Glass-Steagall era that even Bill Clinton realized was asinine. The Glass–Steagall Act describes four provisions of the U.S. Banking Act of 1933 that limited securities, activities, and affiliations within commercial banks and securities firms. It was repealed in 1999 after being signed into law by FDR in 1933.

Many blame the 2008 financial crisis on the elimination of such regulations. However, progressives often ignore the fact that Bear Stearns, Lehman Brothers, and Merrill Lynch  were pure investment banks that had never crossed the old line into commercial banking and would have been outside of Glass-Steagall’s jurisdiction anyway.

And don’t even get me started on the speakers. The lineup is littered with enough military hawks, “law and order” statists, and economic nationalists to perform a historical reenactment of the Hoover Administration. With the people selected by the RNC, you would think that none of them have read a book on free market economics or paid attention to foreign policy for the past 26 years.

Given the fact I’m about to watch a serious political event where Willie Robertson of Duck Dynasty will be giving advice on how to beat ISIS and Tiffany Trump will be discussing jobs and the economy, I do not know whether to laugh or cry.

But as with a great republics, at least we will go out with a show.

Meet Some of the Literal Fascists Attending the RNC