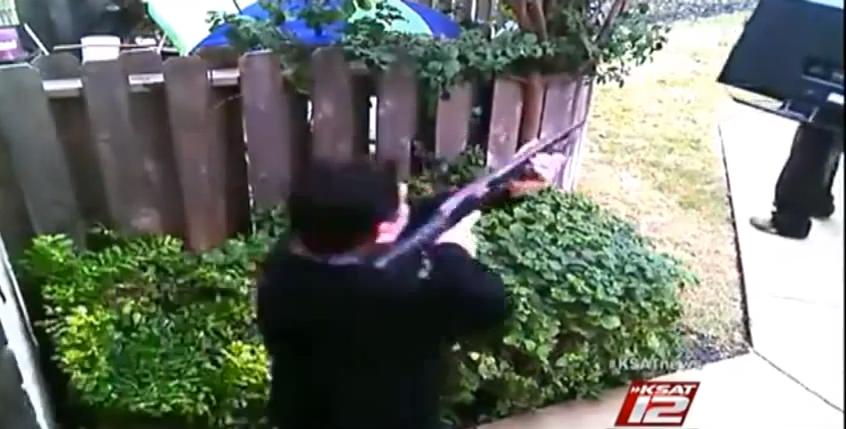 Someone need a change of pants?

Gilbert Nunez had already burglarized Paul Cavazo’s condo twice before, and was getting ready to make the third time a charm when this time his luck ran out.

Cavazo pulled his trusty sidekick, a 12 gauge shotgun out and pointed the business end at Nunez telling him to drop the TV and kiss the grass. Security camera footage shows a very compliant Nunez laying down after looking down that cold, black barrel. ‘I grabbed my shotgun. You know, I’ve been thinking about this for a long time,’ Cavazo said.

The thief had been making the rounds in the neighborhood and robbed many of the neighbors as well. The entire event was captured on surveillance camera provided by KSAT12