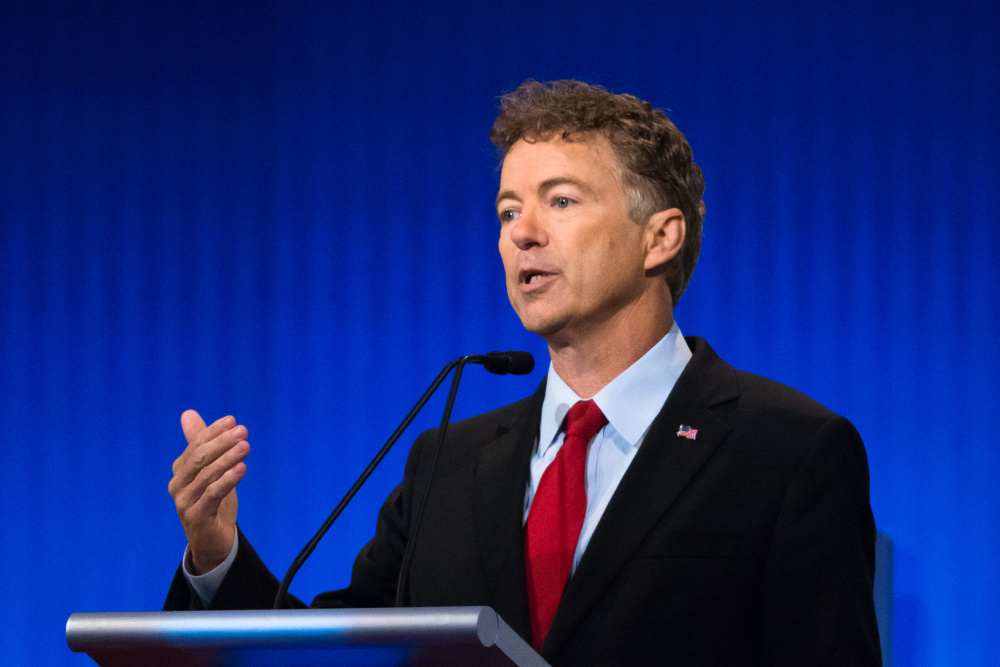 “Selling $1.15 billion in tanks, guns, ammunition, and more to a country with a poor human rights record embroiled in a bitter war is a recipe for disaster and an escalation of an ongoing arms race in the region,” said Paul in a press release.

Senator Murphy said that while Saudi Arabia was an “important partner” its war in Yemen has become a disaster.

Thousands of civilians are being killed, and terrorist groups inside the country, like al Qaeda and ISIS, are getting stronger. Until the Saudis conduct changes, the U.S. should put a pause on further arms sales,” Murphy said.

Senator Al Franken remarked that it was in America’s best interest to “call a timeout” on the arms sales.

In Yemen, a Saudi coalition of fighters is unjustly killing civilians while at the same time not doing enough to address terrorism. This is dangerous for the Middle East, for our other allies, and for our nation, which is why I’m helping to introduce this bipartisan resolution,” Franken said.

Senator Lee said that it was the Senate’s responsibility to have a public debate “on the merits – or lack thereof – of our involvement in this conflict and the broader Middle East.”

“This presents Congress with an opportunity to prove we can do our jobs in a bipartisan manner and put the safety and security of the American people first. It will also allow us to work with the Saudis to recalibrate our alliance towards more productive and enduring achievements,” Lee said.

RELATED:Where is the Outrage Over Saudi Arabia’s Anti-Liberty Agenda?

Just last month, sixty-four members Representatives sent a letter to President Obama asking him to delay the sales. The letter said that Saudi Arabia might be guilty of war crimes and cited that there have been “at least 33 unlawful airstrikes” that have “deliberately targeted civilians and civilian facilities, such as hospitals, schools, markets, and places of worship.”

The Saudi led intervention in Yemen’s civil war has lead to over 10,000 dead, 3,700 of them civilians. Over 2.8 million people have been displaced and 83 percent of the country is relying on outside humanitarian aid.