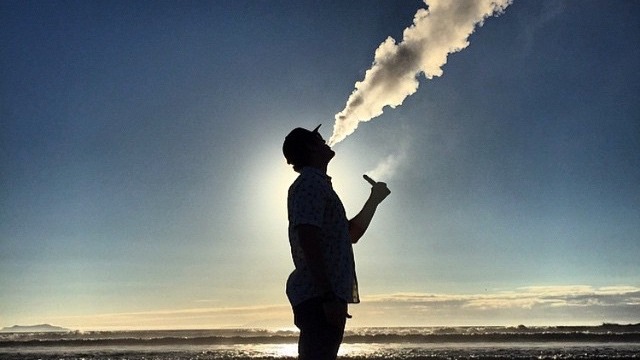 The National Park Service has dealt a blow to vapers with a ban on the use of e-cigarettes wherever regular tobacco is banned in national parks.

Jonathan B. Jarvis, the director of the National Park Service, said in a statement:

Protecting the health and safety of our visitors and employees is one of the most critical duties of the National Park Service.

Jarvis believes vapor from e-cigarettes should be treated with the same caution as second-hand tobacco smoke. However, the NPS’s own memo concedes that e-cigarette vapor contains one-tenth of the nicotine that’s contained in second-hand smoke and even fewer carcinogens.

The new rule would see e-cigs banned in park vehicles and indoor sites such as buildings and caves and will apply to all 408 national parks with immediate effect.

Industry leaders were quick to criticize the ban, with the President of the American Vaping Association, Gregory Conley saying “this behavior is shameful and any enforcement of the ban will constitute a great misuse of government resources. The National Park Service should leave ex-smokers alone and let them camp and hike in peace.”

The battle over the safety of e-cigarettes has been intense, with public health advocates and doctors divided on how to respond.

E-cigarette advocates were trumpeting a recent study from Public Health England showing that vaping was 95 percent safer than smoking. But there has been an intense back and forth with studies conflicting over the influence of the devices as a gateway to smoking real tobacco.

The American Lung Association has been skeptical about the ability of e-cigarettes to wean people off tobacco and has called for stricter regulation of the product. (RELATED: FDA Regulations Could Wipe Out 99 Percent Of E-Cig Industry)