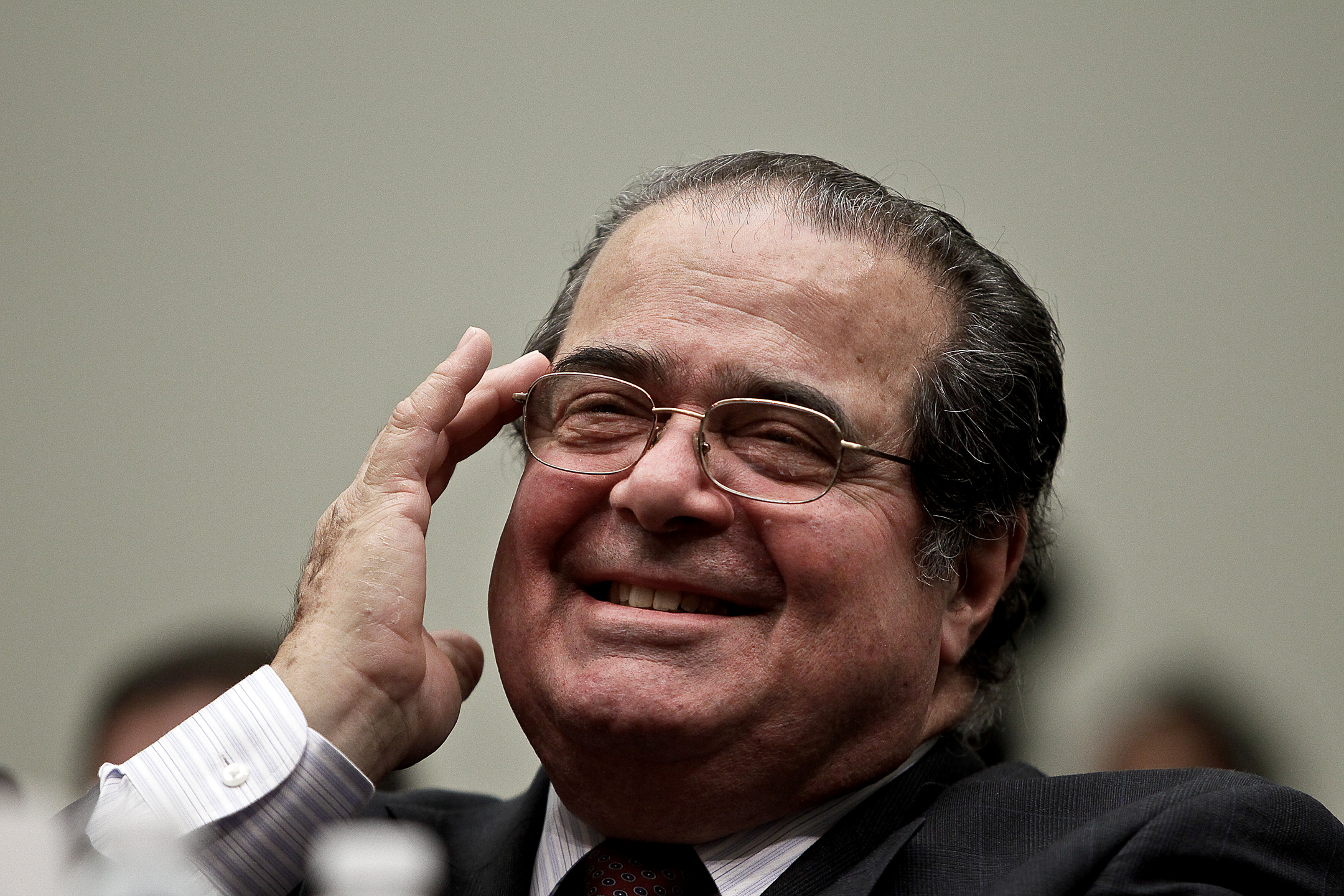 Associate Supreme Court Justice Antonin Scalia, 79, died Feb. 13, 2016, after serving on the court since 1986. The conservative jurist was known to be a great wit who loved his country dearly. On America’s birthday, here are some of his most notable remarks:

1. “If it was up to me, I would have thrown this bearded, sandal-wearing, flag-burner into jail, but it was not up to me.”

Scalia explained to students his views on free speech, including flag-burning, and the need to protect the First Amendment for everyone.

2. “We should start calling this law SCOTUScare.”

Scalia used colorful language to express his disagreements with Obamacare during his dissent in King vs. Burwell.

3. “Some think that the Second Amendment is outmoded in a society where our standing army is the pride of our Nation, where well-trained police forces provide personal security, and where gun violence is a serious problem. That is perhaps debatable, but what is not debatable is that it is not the role of this Court to pronounce the Second Amendment extinct.

Scalia strongly defended the Second Amendment when he wrote the majority opinion of the 2008 District of Columbia v. Heller.

Despite wielding a great deal of power by sitting on the Supreme Court, Scalia was always opposed to the concept of legislating from the bench, as he made clear in a 2004 speech at the University of Vermont.

5. “Get over it. Look it, I, my court didn’t bring the case into the court. It was brought into the courts by Al Gore, he is the one that wanted courts to decide the question. When Richard Nixon thought he had lost the election because of chicanery in Chicago, he chose not to bring it into the courts, but Al Gore wanted the courts to decide it. So the only question in Bush v. Gore, was whether the presidency would be decided by the Florida Supreme Court or the United States Supreme Court, that was the only question, and that’s not a hard one. No regrets at all, especially since it’s clear it would have ended up the same way anyway. The press did extensive research into what would have happened if what Al Gore wanted done, had been done, county by county, and he would have lost anyway.”

When it came to Bush v. Gore and ensuring that our uniquely American democracy was intact, Scalia had no doubts about how he ruled on the matter.

6. “I attack ideas, I don’t attack people, and some very good people have some very bad ideas; and if you can’t separate the two, you’ve got to get another day job. You don’t want to be a judge, at least not one on a multi-member panel.”